NEWS Professor Michael Levitt, one of the 2013 three Nobel laureates in Chemistry, is visiting Umeå University on Thursday June 5 to lecture on his discoveries .“I want to visit the north of Sweden for its friendly people, abundant summer light and I hope for good weather for an afternoon of kayaking,” he says. 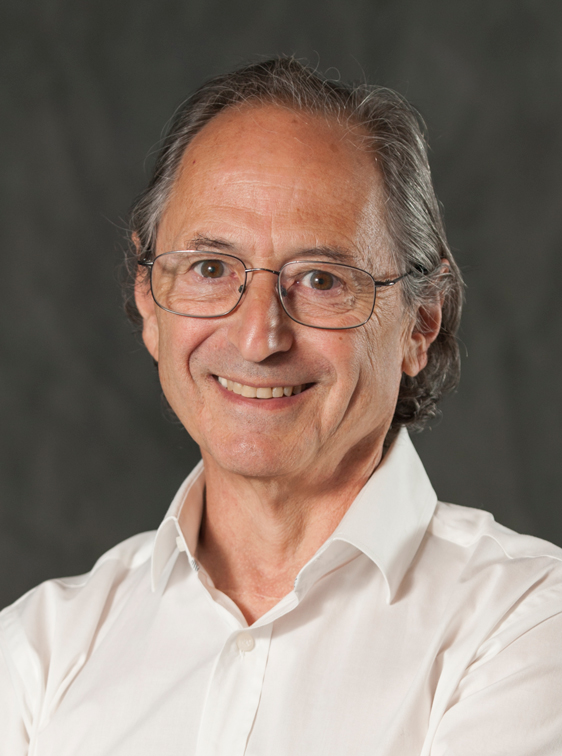 Michael Levitt was invited by Uwe Sauer, who has known Levitt for more than 15 years. They research in the same area namely, structural biology and bioinformatics.

“One of the reasons that I travel to Sweden is to visit a conference on evolution at The Royal Swedish Academy of Sciences in Stockholm. But more importantly, I will fulfill a promise I gave in December to my Swedish researcher friends: visiting Umeå, Gothenburg and Lund,” says Professor Michael Levitt.

In his lecture, Michael Levitt will describe how his research field arose and he will show some of the most exciting current and future uses. He also looks forward to scientific discussions with Uwe Sauer, his colleagues and students.

This is Levitt's third trip to Umeå.

“The first visit I remember was in a very snowy December. The second time it was September 11, 2001 and two hijacked passenger planes rammed the skyscrapers of the World Trade Tower just when I began my presentation. It was overwhelming,” he says.

In the 1970s, Michael Levitt, Martin Karplus, and Arieh Warshel laid the foundation for the powerful programmes that are used to understand and predict chemical processes. Computer models mirroring real life have become crucial for most advances made in chemistry today. They devised methods that use both classical and quantum physics. For instance, in simulations of how a drug couples to its target protein in the body, the computer performs quantum theoretical calculations on those atoms in the target protein that interact with the drug. The rest of the large protein is simulated using less demanding classical physics. The three were rewarded for the discoveries with the 2013 Nobel Prize in Chemistry.

About the Nobel lecture:

The lecture is open for faculty, staff, students and others who are interested and will be held in English.
Free entrance. Please note that the number of seats to the lecture are limited!

The lecture will be broadcast live via Umeå University’s Bambuser channel page: http://bambuser.com/channel/UmeaUniversitet

For press and media:

Journalists wishing to attend the lecture are asked to contact Ingrid Söderbergh, e-mail: ingrid.soderbergh@adm.umu.se, to secure a place.

After the lecture, at 11:15 to 11:45, there is an opportunity for journalists to ask questions to Professor Michael Levitt.

Professor Michael Levitt was born in 1947 in Pretoria, South Africa. He is a U.S., British and Israeli citizen. He has worked as a professor of structural biology at Stanford University in California since 1987. He earned a Ph.D. in biophysics at the University of Cambridge in 1971. He shared the 2013 Nobel Prize in Chemistry along with Martin Karplus and Arieh Warshel "for the development of multiscale models for complex chemical systems."

Read more about the 2013 Nobel Prize in Chemistry