NEWS Several EU member states have failed to introduce taxes on air traffic. Now, researchers from the EU-funded FairTax project, coordinated by Umeå University, suggest in a paper that the EU should introduce an EU tax on flight tickets, to contribute to a more sustainable development in the EU. 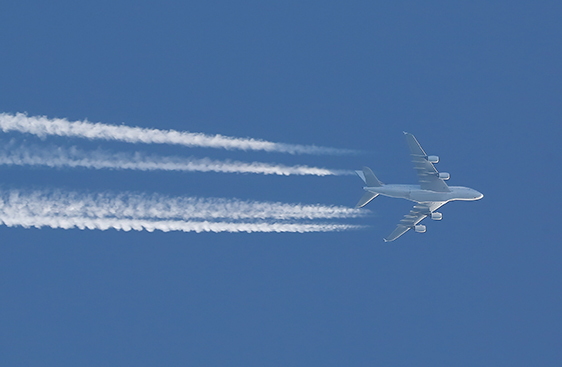 “In the FairTax project, we aim to produce recommendations on how fair and sustainable taxation and social policy reforms can increase the economic stability of EU member states. Researchers from eleven universities in nine countries participate in the project, which is funded by an EU Horizon 2020 grant,” says Åsa Gunnarsson, FairTax coordinator and Professor in Law at the Forum for Studies on Law and Society at Umeå University.

In the last decades, direct contributions from member states’ national budgets have become the main source of funding for the EU budget. This system has been criticised widely, and it has been suggested that it should be replaced by own EU taxes.

“Until now, the discussion about alternative own resources to fund the EU budget has hardly been linked to the central aim of the Europe 2020 strategy: to promote smart, inclusive and sustainable growth in the EU. Within the FairTax project, the Austrian Institute of Economic Research, WIFO, is developing options for EU taxes that may contribute to economically, socially and environmentally sustainable taxation in the EU and thus to the Europe 2020 strategy,” says Åsa Gunnarsson.

The central message of the award-winning study “Sustainability-oriented EU Taxes: The Example of a European Carbon-based Flight Ticket Tax” by economists Alexander Krenek and Margit Schratzenstaller, from Austrian FairTax partner WIFO, is that a carbon-based flight ticket tax presents itself, as measured in terms of sustainability criteria, as a suitable candidate for an EU tax in several respects. Margit Schratzenstaller explains:

“The aviation sector is a small but fast growing emitter of carbon dioxide. The failed attempts of several EU member states to introduce a flight ticket tax and the pressure on those EU member states still levying such a tax clearly demonstrate the limits of national aviation taxation. Assigning any kind of taxes on flight tickets to the EU level would greatly reduce the tax enforcement problems inherent to mobile tax bases and put a stop to harmful tax competition between EU member states.”

A double dividend, consisting of a reduction of carbon dioxide on the one side and a boost for the economy on the other side, is a likely scenario if additional tax revenues are spent in the right way.

“In the paper, we propose that all revenues from a European carbon-based ticket tax should be used to reduce member state contributions to the EU,” Margit Schratzenstaller continues. “This would allow national governments to reduce taxes more harmful for growth and employment, in particular the high tax burden on labour. Considering the insufficient coverage of carbon emissions from air traffic by the EU Emission Trading System, alternative price-based instruments to curb carbon emissions from air traffic are required.”

The paper estimates the expected revenue from implementing a carbon-based flight ticket tax at EU level and revenue distribution across EU member states. In particular, it is proposed that every passenger departing from an airport within the EU and every passenger arriving from outside the EU at an EU-based airport is subjected to this new carbon tax which is calculated individually for every route flown.

“Altogether, at the tax rates underlying our estimations, expected revenues from a flight ticket tax will be rather limited, so that they won’t be able to replace a substantial share of current EU revenues. Nevertheless, a carbon-based European flight ticket tax may serve as an illustrative example to demonstrate the chances and challenges associated with international taxes in particular regarding their potential contribution to sustainable development,” concludes Alexander Krenek.

The FairTax project is funded by the European Union Horizon 2020 research and innovation programme 2014–2018, grant agreement no. FairTax 649439. The project is coordinated by Professor Åsa Gunnarsson, Umeå University.

Read the paper in full