Restoring ecosystems – how to learn from our mistakes

NEWS In a joint North European and North American study led by Umeå researcher Christer Nilsson, a warning is issued of underdocumented results of ecological restorations. The researchers show that continuous and systematic evaluations of cost-efficiency, planning, implementations and effects are necessary in order to make use of experiences in future projects. The results have been published in the journal Ecology and Society. 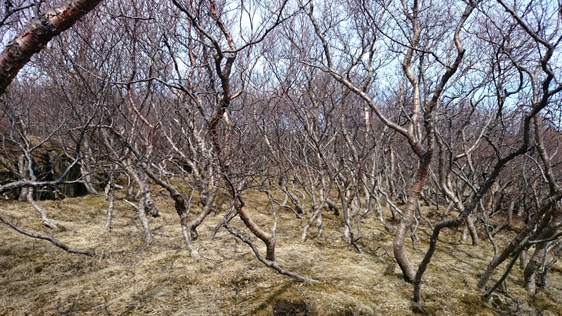 Restoring birch woodland on Iceland. When the Vikings came to Iceland, there were expansive birch woodlands here, but nearly all was cleared away and the woods lay bare far into the 20th century. Photo: Christer Nilsson

Concurrent with the accelerating degradation of the world’s ecosystem, an aspiration towards mitigating the negative effects on ecosystems has arisen. An increasing number of projects to reduce the destructive impacts and damages to nature caused by man is now underway around the globe. These projects are expensive, which means that both evaluations of cost-efficiency and results of restorations are important, but at present often of poor quality.

“We recommend participants to reflect upon their applications, and for them to document and spread their experiences and conclusions both in success and failure,” says Christer Nilsson, professor at Umeå University in Sweden.

By studying ten ecological restoration projects in northern territories, the researchers present three important processes: (1) planning, (2) implementation, and (3) monitoring. The evaluation of these processes must take place both during and after restoration. Adjustments of various measures may be necessary during the ongoing restoration, and the evaluation can move freely between processes and take place for several years. The work should include those who plan the restoration, those who conduct it and those who follow up on it. Landowners should also be given the opportunity to participate.

Education of the public is important in order to enhance the understanding and legitimacy of the restoration projects. After an analysis of the evaluations, it became clear that social processes were rarely quantified. The basic data available to assess the success of projects mainly focused on animals and plants in the ecosystem. These circumstances can lead to preconceived conclusions.

A written report or photographs are the most common forms of documentation from an evaluated restoration. Most projects, however, also contain an informal evaluation that fail to be documented or reported. This means that the lessons learned are not forwarded to future projects to its full potential. Furthermore, failures are rarely documented which means potential lessons of failed projects are lost.

“The reports of restoration results that are produced are also often left unpublished and, hence, difficult to get hold of. To counter that, all documented information should be publicly archived in open, searchable databases,” says Christer Nilsson.