NEWS “Congratulations to everyone who received seed money! Now it’s important that you write a really good application, and I’m here to coach you along the way, including through this information meeting,” begins Professor Anna Linusson, Director of the Industrial Doctoral School for Research and Innovation at Umeå University. 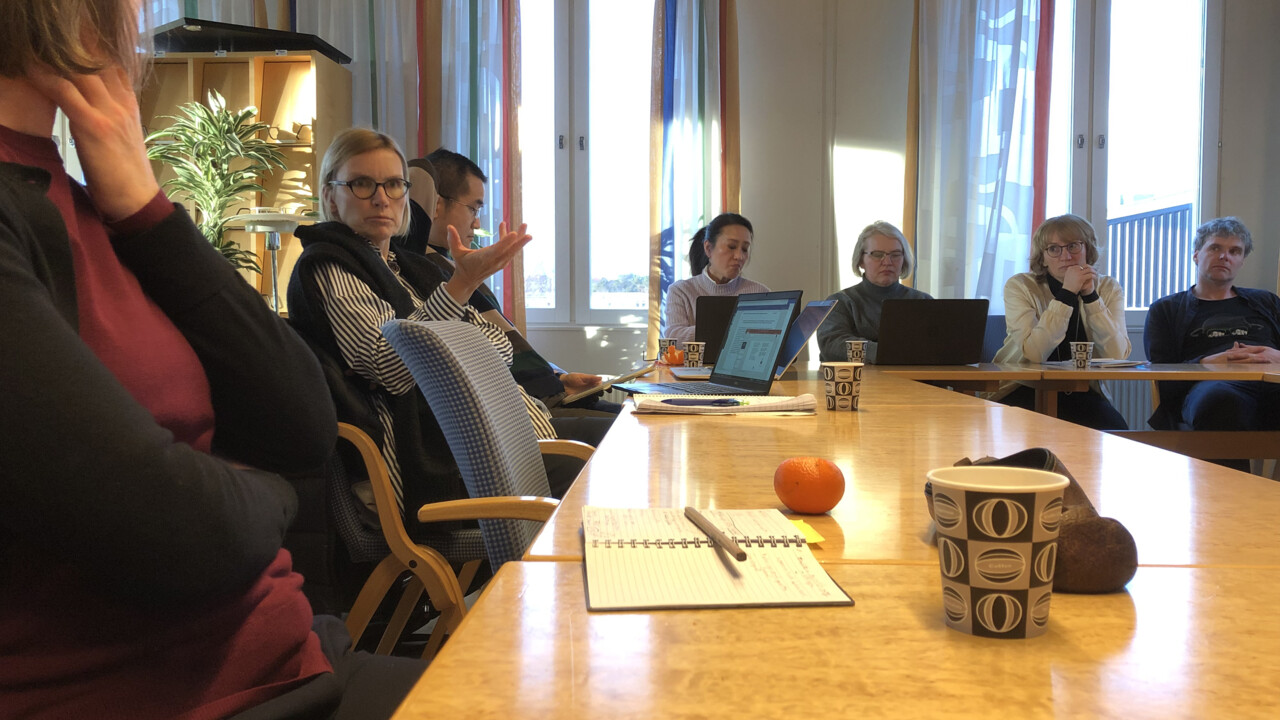 On February 27, the eleven researchers at Umeå University who received seed money from the Industrial Doctoral School gathered in the late, snowy afternoon for an information meeting held at the University Club.

Each researcher received up to 50,000 SEK in seed money granted by the Industrial Doctoral School. These funds may be used to establish new collaborations, with the aim of submitting a complete application to the Industrial Doctoral School’s announcement of doctoral student resources. It is of course also possible to apply for doctoral student resource without seed money.

“The most important thing in your application is the scientific quality and potential of the project and its importance for the external party, as well as the significance of future results for society. The application should not be too vague, but don’t write exactly what the doctoral student will be doing over the course of the four year period; this is a doctoral education programme, and the direction of your journey may change along the way,” advises Anna Linusson.

The eleven researchers who assembled for the meeting were an inquisitive, spirited crowd from various disciplines: chemistry, sociology, psychology, applied physics and electronics, teaching and learning, medicine, ecology and economics. All the researchers were given fifteen minutes to orally present their project idea and how far they have come in the process. Most had encountered problems of various kinds.

It emerged that one common headache had been that companies had shown great interest in the actual research issue, but were more hesitant about investing money in a project. Another example was an organisation that was hesitant to participate, because the results could potentially prove unfavourable. There were also researchers who had problems matching their research idea with a company. Others struggled to get in touch with the right people, were forced to start over from square one when companies suddenly revoked their support.

“This is where the seed money comes in. For example, it can be used for travel, for workshops or as a compensation for time, and can be disposed of all the way up to this year’s deadline for the announcement of doctoral student resources,” says Anna Linusson.

The call for proposals opens on April 15 and closes at the beginning of October. Funding from an external party need not be in order, but a Letter of Intent from the external party is required.

“This document demonstrates that the external party is on board,” says Anna Linusson.

The seed money does not necessarily have to result in the realisation of a project. However, a decent attempt must have been made,” continues Anna Linusson.

“All researchers who have received seed money must write a report summarising what they used the money for. In the report, you can describe the relevance of the activities and express the fact that you really worked hard and productively in an effort to succeed. Even if you don’t succeed in this round, at least you will have reached out to society and practised negotiating with companies and organisations.”

When the call is closed, the applications will be reviewed and the Board of the Industrial Doctoral School will determine which candidates will receive a grant. The Board consists of three external members and one person from each faculty at Umeå University. In the next step, the approved projects will reach a financial agreement with their external partners before a doctoral student is recruited.

“When writing the application, you shouldn’t have a particular doctoral student in mind. There’s an open call in competition – just like the rest of the university, we want the best candidates for the doctoral positions in the Industrial Doctoral School,” says Anna Linusson.

About the Industrial Doctoral School for Research and Innovation

The Industrial Doctoral School was founded in 2008 and is based on collaboration between universities, researchers and companies or organisations. It aims to combine scientific excellence with benefits for both society and the collaborating organisation. Together, a long-term collaboration is established, based around a problem that requires exploration. The doctoral student also receives a customised academic course package. The Industrial Doctoral School is open to all areas of research, and the doctoral student is employed at Umeå University.