NEWS One of the university's promising researchers, David Seekell, has won a prestigious award: the Science and SciLifeLab Prize for Young Scientists. Besides being awarded a trophy and SEK 90 000, he gets the opportunity to publish a scientific paper in Science, and also attend a discussion panel at the Karolinska institutet with the editor of Science. 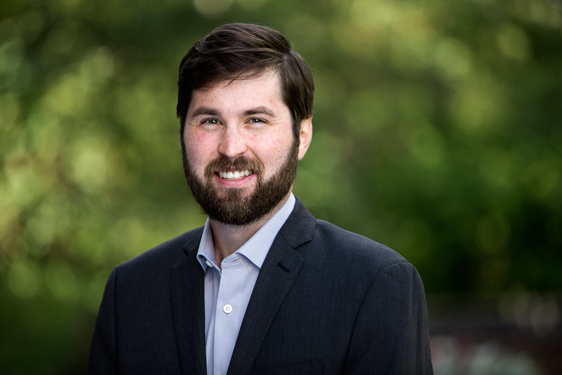 The prize is international and is only awarded to four young scientists per year, of which only one in the field of environmental science.

“It's a great honour to win this prize. I'm excited for the international visibility this will bring my research programme and feel a renewed energy to continue addressing difficult and important questions that are worthy of the prize,” says David Seekell.

David Seekell received the Prize for Young Scientists for research that contributed to the development of early warning indicators for environmental tipping points including desertification in arid regions, fisheries collapses in the oceans, and algae blooms in lakes. His Prize essay describes an experiment where an entire lake was instrumented and then manipulated to create a tipping point. Early warning indicators were apparent well in advance of the experimental tipping point. This study was proof-of-concept that government officials and landowners may one day be able to use early warning indicators to adapt policy and management to avoid costly or potentially irreversible environmental degradation.

“For me it's very exciting to be able to communicate my research to Science’s broad audience. I think that fundamental environmental science, the type of research I conduct, creates important societal benefits and I hope that my prize essay will convey this to Science’s readers.”

While the award is addressed to him, he sees it as a reflection of a broader commitment of the Department of Ecology and Environmental Science to research excellence.

“I'm very proud of the quality of research produced by my colleagues and hope that this provides additional visibility to our department.”

The prize ceremony takes place in Stockholm on 9 December in the Hall of Mirrors at the Grand Hotel.

More information about the prize: