“Tax systems must be redesigned to meet changing societal conditions” 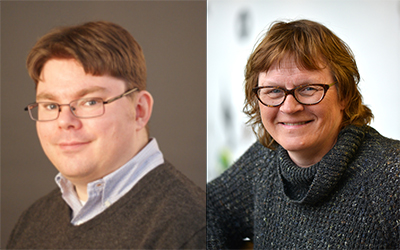 In the working paper no. 11, “The Decline of the Swedish Inheritance and Gift Tax, 1991-2004”, FairTax researchers Martin Eriksson and Åsa Gunnarsson study the decline of wealth-related taxes. During the period 1991–2004, political support for the inheritance and gift taxation in Sweden diminished, which contributed to two major policy shifts. In 1991, a new tax schedule which reduced top rates was introduced. The tax was thereafter completely repealed in 2004.
“In this study, we examine how background factors, which are shared by many EU member states such as tax competition and tax legitimacy, influenced these decisions. While the 1991 reform was strongly affected by the emerging tax competition in Europe, the repeal of the inheritance and gift tax was primarily a result of the declining legitimacy of the tax. As in many other countries, the inheritance tax lost its legitimacy among taxpayers. As a result, the political parties concluded that the inheritance tax had lost its function in the tax system. It was admitted that since wealthy groups could avoid paying inheritance tax through tax planning, the tax had a disproportionate effect on middle-class heirs, especially those who inherited family homes. The results of working paper 11 illustrate the importance of redesigning an existing tax system when it meets changing contexts and conditions.” Says Martin Eriksson, researcher in economic history at Umeå University.

Sweden had lagged behind other countries in formal-legal potential for international capital for much of the 1980s, and the government became aware during the first years of the 1990s that such isolationism was becoming increasingly problematic. In 1990, Sweden decided to join the European Community (EC), a decision that coincided with a deregulation of the capital markets. This resulted in a greater willingness to adapt the Swedish tax system to exogenous pressures such as globalization, international tax competition and the influence of the European Union.
“The repeal of the inheritance and gift tax in 2004 was partly affected by a change in the Swedish position in relation to the European economic integration process. In a referendum held in 2003, the Swedish voters voted against a Swedish membership of the European Monetary Union. As the government initially believed that this would lead to a decline of the Swedish international competitiveness, it intensified its ongoing review of wealth-related taxes which contributed to place a repeal the inheritance and gift tax high on the economic policy agenda.”

As has been noted in other research within the FairTax project by Margit Schratzenstaller and Alexander Krenek, wealth-related taxes in the contemporary economy are associated with some crucial difficulties related to, for instance, valuation and tax compliance issues.
“Under such conditions it might be tempting for legislators and policy-makers to draw the conclusion that the only option is to abolish such taxes. However, it is necessary to remember that while a tax reform may be politically complicated and technically complex to achieve, it may also lead to an improved tax system that is well adapted to the contemporary economic situation.” Martin Eriksson concludes.