NEWS Stefan Jansson, a professor at Umeå University has been appointed 2015 Forest Biotechnologist of the Year by the Institute of Forest Biosciences (IFB). IFB is an international organisation working towards healthier and more productive forests. 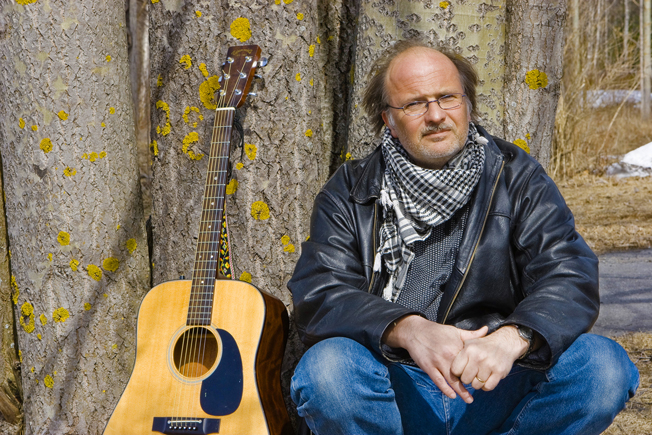 Stefan Jansson was born 1959 and comes from Sveg in Härjedalen. He is a leading scientist in the field of Plant Physiology at Umeå Plant Science Centre (UPSC) – a centre for experimental plant research.

Stefan Jansson is the seventh scientist, and the first Swede, to win this award.

“It feels great to be given this award!”, says Stefan Jansson, Professor at Umeå Plant Science Centre (UPSC) at the Department of Plant Physiology at Umeå University.

Stefan Jansson was nominated because of his ground-breaking work on the use of gene editing tools (CRISPR) in plants that pushes the boundaries of forest biosciences while forcing much needed dialogue around the classification of what constitutes a genetically modified (GM) plant in Europe and around the world.

Michele Garfinkel, Vice Chair of the Institute of Forest Biosciences Board (IFB), notes, “Dr. Jansson is an excellent choice for Forest Biotechnologist of the Year. He works in a dynamic area of research using an important emerging technology that allows for extremely rapid advancements in understanding and application of knowledge in genomics and related areas. His further contributions to public audiences and to the scientific community have been invaluable.”

Stefan Jansson’s scientific career has been highlighted by several foundational efforts in forest biotechnology. He was involved in the sequencing of the first tree genome (Populus) and has been leading the work to sequence the first conifer genome (Norway spruce). His group has developed tools and databases used widely by the forest genomics and biotechnology community, and he is responsible for a large fraction of the field experiments with transgenic trees in Europe. He is vice-director of the world-leading UPSC Berzelii Centre of Forest Biotechnology, is a member of the Royal Swedish Academy of Sciences (KVA) and has published over 120 scientific articles.

According to Adam Costanza, President of the IFB, “Dr Stefan Jansson’s research and outreach efforts have been pivotal in proving that regulatory systems based on decades old technology are in dire need of updating. I’m happy to see his peers selected him to receive this award because his work exemplifies the science, dialogue, and stewardship in forest biosciences that we strive for at the IFB.”

Dr Stefan Jansson has integrated studies on natural variation in trees and genomics, and forest biotechnology. He conducted a large field experiment with transgenic trees aimed at quantifying unintentional changes in important ecological traits such as growth, phenology, pathogens attack, and herbivore preference in transgenic trees, as compared to the natural variation of the same traits.

Stefan Jansson’s work has contributed to the European debate about GM plants in general and GM trees in particular. He has in numerous articles, debates, information meetings, lectures, science shows, blogs, web-portals and interviews in newspapers, on TV, radio and on the Internet communicated with society - from school kids to ministers – about biotechnology. He has also written a book on the subject and organised open letters from prominent researchers both in Sweden, and in Europe.

Dr Wout Boerjan, Professor at the University of Ghent and past Forest Biotechnologist of the Year, highlighted Professor Jansson’s impressive record as a scientist and as a science communicator. "Stefan Jansson is one of the few scientists who devote a significant portion of their time to the GM debate and to science communication in general, while still combining this with excellent science.”

Jansson is trained as a school teacher but started a career in science instead. He earned his doctorate from Umeå University in 1992 in Plant Molecular Biology before becoming a professor at the same university in 2002. Stefan Jansson is Head of Department, President of the Scandinavian Plant Physiology Society, and has received several awards for his outreach activities.

About the Institute of Forest Biosciences (IFB):

The Institute of Forest Biosciences (IFB) fosters the use of science and technologies that create healthier and more productive forests now and for the future. The IFB strives to accomplish this mission by establishing dialogues with diverse stakeholders, assessing risks and benefits, providing objective and accurate information, and promoting actions for long-term forest stewardship that meet human needs in environmentally responsible ways.

Umeå Plant Science Centre (UPSC) is one of Europe’s strongest research centres in the area of experimental plant biology. The centre consists of two departments, one at Umeå University and the other at the Swedish University of Agricultural Sciences. UPSC has nearly 200 staff members, including approximately 40 research groups.
www.upsc.se