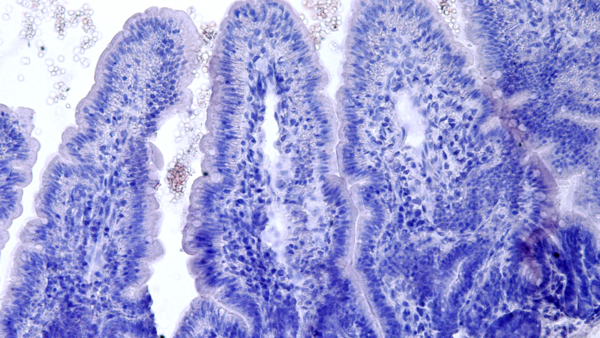 During infection molecules produced by microorganisms, which are normally not present in healthy tissue, are thought to trigger inflammation. In contrast, during sterile inflammation - i.e. in the absence of infection - endogenous molecules acting as danger signals are thought to mediate inflammation. An example of such a molecule is extracellular ATP (eATP). In healthy tissue ATP is present at appreciable concentrations inside but not outside cells. As a consequence, the sustained presence of eATP (such as that following plasma membrane rupture) is perceived as damage or stress and induces an inflammatory response.

While inflammation may protective during infection because it eliminates the pathogens, it is considered harmful in inflammatory disorders, as it generally favours the progression of disease. Hence, we need to gain a profound understanding of the regulation of inflammatory processes, to turn them on and off at will during disease by pharmacological manipulation.

Recently, we have shown for the first time that the endogenous danger signal ATP plays a pivotal role during bacterial infection (Puhar et al., Immunity 2013). Upon infection with pathogens such as Shigella flexneri, Salmonella enterica and enteropathogenic Escherichia coli (EPEC), intestinal epithelial cells secrete ATP across hemichannels as an early and quick alert response. We have shown that eATP acts upstream of classical inflammatory mediators such as cytokines and provokes massive inflammation of the bowels. We found that the pathogen Shigella flexneri escapes this immune reaction: using a syringe-like protein complex, Shigella injects the bacterial enzyme IpgD directly into host cells. IpgD produces the lipid mediator PtdIns5P, which quickly induces hemichannel closure to stop ATP secretion.

These findings bridge the molecular mechanism regulating sterile inflammation and inflammation during infection.

In three strategic research axes, we are currently exploiting these new systems together with state-of-the art techniques to understand the molecular mechanisms controlling eATP-dependent inflammation and their contribution to disease, with the aim of providing novel targets for anti-inflammatory therapy. Importantly, we are studying eATP from the perspectives of both the host and the microbes, using a combination of microbiology, immunology and cell biology.