Educational Authorities Inquiry on the organization of educational state agencies

Research project Book planned to be published in 2019.

The next step of the project is a Springer publication in the series Educational Governance Research. 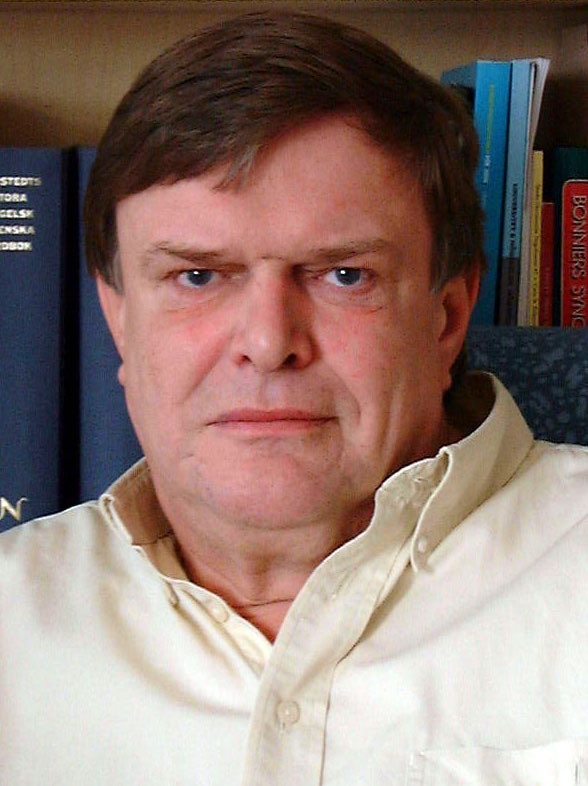 The Swedish State commission: 2017 Educational Authorities Inquiry on the organization of educational state agencies main task is to analyse the Swedish educational agencies and how they support and work together for better schools in Sweden. The government write in Commission directives that the Commission should focus on looking for which changes in the book to be published in 2019structure of authorities could lead to higher efficiency and thereby support schools in a more efficient way than today (Dir 2017:37).

This report is an assignment from the Commission to do a description with the above purpose of the importance of different state agencies function for the educational success of the school system in some of the commission-defined countries. Of special interest are the different education state agencies mission – such as their normative and regulating function, support to school improvement, special pedagogical support and inspection, follow up on reforms and educational evaluations.

At a meeting with the commission, we decided which countries to invite. An invitation was sent to researchers and colleagues in Australia, Canada, Alberta, Canada, Ontario, Denmark, England, Finland, Germany, Iceland, Ireland, The Netherlands, New Zeeland, Norway, Scotland and Singapore. All countries accepted to participate.

When we started to work with the invitation we realized that there were no international comparisons available analyzing the importance of state agencies function for the educational success of the school system in different countries. This report is in that sense also filling a knowledge gap even in the international education community.

The colleagues that we asked in the different countries were given a very precise invitation. We asked if they wanted to be part of writing a supplement to the Swedish 2017 State commission on the organisation of school system. We pointed out that the reports should describe and analyse the educational system in their country from the government down to the individual school level.

As editors, we want the different country articles to follow the same structure: an introduction to the country educational system and then results based on the bullet points below, with a concluding section on the efficiency of the system. The Country articles should be close to 3 000 words and address the following bullet points:

As an example of what we meant by education authorities a short version of the Swedish situation was enclosed to the invitation.

This invitation was sent out mid-November and almost all invited researchers responses were positive. In two cases they gave us names of who they thought was the best researcher in their country to do the report and they accepted the assignment. The work schedule that was set up was based on a first draft of 2 000 words before Christmas 2017. After that, we as editors gave feedback to all authors after reading the articles. The purpose with the reading was to identify interesting aspects that we wanted in all articles, if valid, for the different countries. These comment letters were sent out together with our reading log before New Year 2018 and the authors were asked to deliver their final articles not later than January 19th. The authors were also recommended to use 3000 words for their articles.

The editors will write a concluding summery of similarities and differences of the different country structures. The final report to the commission will be delivered early February, 2018 and published early June 2018.

The next step in the research process

The next step of the project is a Springer publication in the series Educational Governance Research. We have been in contact with the editor of the series professor emeritus Lejf Moos and we are confident that we will get a contract with Springer.

For the Springer book, we are thinking of chapters between 6 and 7000 words. We want the different papers to follow the same structure: an introduction to the country system and then results based on the bullet points above, with a concluding section on the efficiency of the system and a reference list attached to each chapter.

Of special interest are the different state authorities and agencies for educations and their function – such as their normative and regulating function, support to school improvement, special pedagogical support and inspection, follow up on reforms etc.

The Country chapters shall include:

Theoretical foundation of the project will discuss the country cases and their results in relation to policy formulation, implementation and enactment theories. We are confident that the authors will use different theoretical foundation and references that can explain their situation and will therefore not give guiding examples of theories that could be used.

This makes the different chapters even more interesting since the nations and states we will analyze all have different political systems that cannot be understood using only one common theory frame. Most of them have elections to a parliament that can make binding decisions for the education sector. However, the political culture and the system of control of political policy intentions differ how and why education authorities are constructed the way they are. Among the explanations, we will also find organizational and governance theories that problematize how centralization, decentralization and deconcentrating meaning effects how stats influence are transferred to the local or regional level. Of course, this will be an interesting aspect when comparing India or China with small countries like Norway and Scotland.

Some of the systems analyzed in the book have a very clear hierarchal tradition and other a clear decentralized democratic administrative system. We can already see clear links to NPM and New Public Governance theories as well as relations to global actors such as OECD and other organizations for comparing countries efficiency and quality of education.

In the concluding chapter, we will compare not only how the authors describe the agencies and their work, we will also highlight patterns in theoretical understanding and underpinning global trends.

The planned book to be published in 2019

Educational Authorities and the Schools - organization and impact in 20 states

Autonomy and Regulation in the School System in England
Philip A. Woods, Amanda Roberts, Joy Jarvis, and Suzanne Culshaw

The French State and its typical “agencies” in education. Policy transfer and ownership in the implementation of reforms.
Romuald Normand

School Governing in Germany: Organization of Educational State Agencies and their Role and Function as to Quality Management
Stephan Gerhard Huber

Robust or Burst: Education Governance in Kenya after Promulgation of the 2010 Constitution
Lucy A. Wakiaga

Education Authorities and Public Schools: The Organisation and Impact of Policies in South Africa
Rajkumar Mestry and Petrus Du Plessis