Segregation and integration. Gender, class and citizenship in the Swedish education system, ca 1800-1850

Research project The project aims to analyse the importance of gender, class and citizenship in the development of education in Sweden, ca. 1800–1850. It focuses on the period before public primary schools, the amalgamation of various types of secondary school into one uniform model and the more widespread establishment of girls’ schools. The project poses new questions about an important formative period in the history of education.

By studying how established schools changed and new schools were developed and by analysing the processes of inclusion/exclusion of various groups or individuals depending on class or gender which took place in the schools, the project will contribute both to new knowledge about the development of the school system during the period 1800–1850 and to a theoretical discussion of how gender, class and citizenship have been construed in various forms of teaching. The project consists of three strands, which are linked by the common purpose: 1) Local education markets (Larsson) 2) Writing instruction for poor children (Karlsson Sjögren) and 3) Identity configuration in the rhetorical practices of schools (Rimm). The project addresses both qualitative and quantitative issues and therefore uses a combination of different methods. In addition to material from the church archives, poor relief archives and various schools’ archives, the regular school reviews and education committees also left behind valuable material. The reasoning behind decisions, evaluations of teachers’ efforts, as well as epistemological and pedagogical considerations are analysed using conceptual and argumentation analysis. The rhetorical practices are analysed on the basis of central content-related aspects, such as doxa, exempla and topoi. 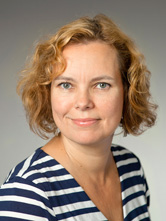