Research project The project focuses on the theory and implementation of formal systems generating and transforming complex data structures such as trees, graphs, and pictures. 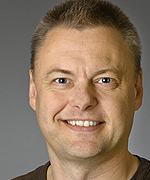 Department of Computing Science, Faculty of Science and Technology

Theoretical computer science studies the mathematical foundations of computer science. Typical issues addressed are the exact specification of program behaviour, algorithmic complexity, and provably correct software. Being a continuation of my earlier research in this field, the project focuses on the theory and implementation of formal systems that generate and transform complex structures, most notably, trees, graphs, and pictures. Brief descriptions of the respective areas are given next; for more information, see [16] for Sects. 1.1 and 1.3, and Handbook of Graph Grammars and Computing by Graph Transformation, Vol. 1–3, World Scientific 1997–1999, for Sect. 1.2.

Since the 1960s, this area studies abstract devices that transform (mathematical) trees. Initially, this was motivated by research on the syntax-directed translation of programming languages. However, by viewing a tree as an expression that denotes a value (obtained by evaluating the expression), techniques and results regarding tree grammars and tree transducers become useful in many other domains, an example being picture generation.

This area results from a combination of two of the most central notions in computer science: graphs and rules. Being the most versatile and general data structure known, graphs can represent all kinds of system states, whereas rules describe systematic state changes (i.e., algorithms) at a high abstraction level. Their combination yields a formal theory for the description of both static and dynamic aspects of, e.g., complex software systems.

The great importance of pictures in applications raises the question how sets of pictures can be specified effectively. Whereas various different methods have been proposed and studied independently, many of them can be perceived as tree grammars that generate expressions denoting pictures (see Sect. 1.1). The resulting notion of tree-based picture generation [16] is probably the most important contribution of the project to the theory of picture generation thus far.

The aim of the project is to continue the work within the areas described above, with special emphasis on the practical relevance of the theoretical results. As in the past, algorithmic properties of formal systems are investigated, and implementations of the theoretical results are provided. In this way, a link between theory and practice is established. The following paragraphs, which mirror the structure of the preceding section, contain slightly more detailed information. Since the work of the project has recently led to interesting new research topics in each of the three subareas, the presentation focuses on these topics rather than attempting to give a complete picture and mentioning every ongoing research activity.

In this area, a variety of topics are pursued in cooperation with various other researchers. An ongoing Sida/NFR project (2003–2006) in collaboration with researchers from South Africa studies tree grammars and tree transducers whose behaviours are regulated by certain types of context conditions [7, 19, 20]. Recently, this has led to a novel regulation mechanism called bag context [14, 21]. Even if no further funding can be raised after 2006, research in this area will be continued in collaboration with our South African colleagues. Another line of ongoing research concerns algorithmic learning. Traditionally, the aim is to derive an explicit grammatical description of an unknown language – in our case a tree language – from examples or similar data [8, 11, 13, 18]. In collaboration with H. Vogler (Univ. of Dresden, Germany), this has recently been generalized by developing a learning algorithm for recognizable tree series [22]. (A tree series maps trees into a semiring, thus generalizing the notion of a tree language.) This is the first time algorithmic learning of tree series has been addressed, thus opening up a new research area which provides many interesting questions. Later this year, a cooperation with S. Maneth (Univ. of Sydney, Australia) will be started. We plan to study the computational complexity of some important problems on tree transducers. These problems have recently been shown to be solvable, but the discovered algorithms are too inefficient to be of practical value.

The contributions to the area of picture generation will benefit from the framework of tree-based picture generation and, as far as implementations are concerned, extend the system Treebag [23]. In addition to a continued investigation of open questions in the field, one of the major goals is to establish an advanced grammatical concept for the generation of virtual realities. Rather than generating single pictures, these grammars generate so-called progressing scenes – complex three-dimensional scenes that can change over time. The idea is that a potentially large number of grammatical devices of different types cooperate in order to create a scene. The individual grammar instances may concurrently perform derivation steps, thus progressing the scene. To date, L-systems with turtle geometry interpretation [16,Chap. 2] are the only theoretical model for picture generation which is widely recognized in practice. The long-term aim of this work is to establish progressing scene grammars as a more powerful tree-based alternative. As a first step, since no other resources have been available, two master thesis projects that started in spring have been devoted to a formalization and a prototypical implementation of this concept. Papers submitted to conferences and journals (and, if funding is available, a PhD project) will follow.