NYHET We welcome Anton Törnberg (University of Gothenburg) and Petter Törnberg (Chalmers) to a seminar on December 1 (13:15, C304, BVH) , co-hosted with the Department of Sociology and DIGSUM's Digital Sociology research group. The seminar has the title of Complexity and the Digital World, and will contain both theoretically and empirically applied elements. 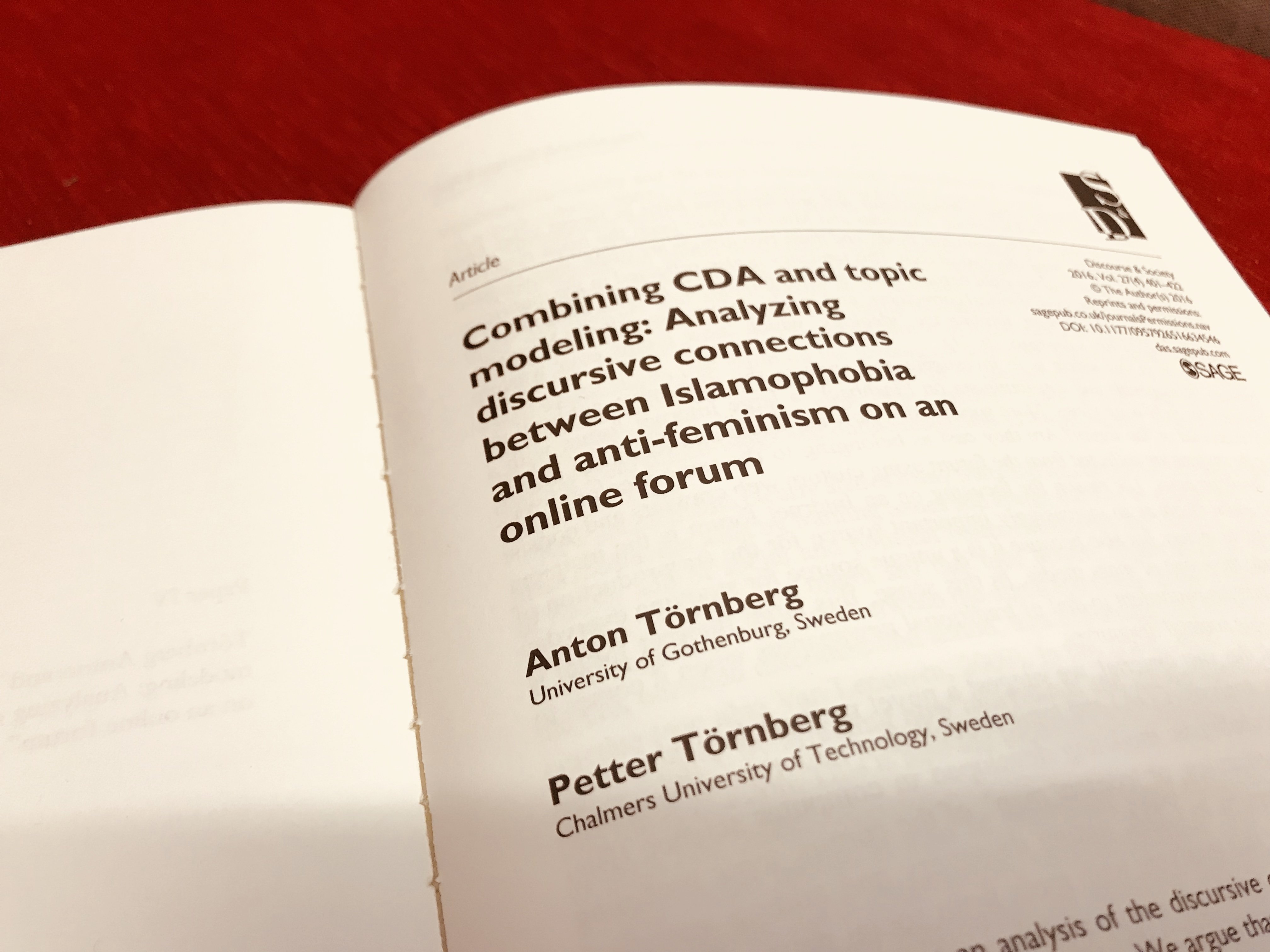 Anton, who has a background in sociology, and Petter who comes from computer science and complex systems research, will talk about social complexity in relation to the digital, and present two case studies drawing on a combination of critical discourse analysis and computational methods.
The deluge of digital data has become a powerful force in (re)shaping how we think about society. Its emergence has given social scientists unprecedented access to previously unimaginable data, which seems to be leading to a renewed naturalism in parts of the social sciences — a reinvigoration of the notion that, given enough data, we may find a “physics of culture” that permits prediction and control of the type that characterize the natural sciences. This new naturalism sees society through the lens of the mass-interaction and relationality that digital data provides, with naturalist analogies of “avalanches and granular flows, flocks of birds and fish” (Ball 2012, p.IX): society is increasingly understood as complex.

Anton and Petter criticize this relational reductionist approach to social complexity and instead propose that complex realism—an integration between complexity science and critical realism—may provide a foundation for “the development of a situated, reflexive and contextually nuanced epistemology" (Kitchin 2014) to serve a digital world that is not only complex, but also structured, meaning- and value-laden. This tentative meta-theoretical framework is then developed further in a number of practical case studies that show how computational methods such as Agent-Based Models and tools for automated text analysis can be combined and integrated with qualitative approaches.

For instance, they combine Critical Discourse Analysis and Topic Modeling to investigate the discursive representations of Muslims and feminism on the Flashback forum. We argue that these approaches complement each other, and show how this way of thinking can take computational social science deeper than merely surface analysis and pattern-finding.