Anna Foka, Associate Senior Lecturer at HUMlab and Jonas Liliequist, Professor of History, are editors and co-authors of two new publications with a joint focus on gender. Both of them are active within the research group Umeå Group for Premodern Studies at Umeå University.

Laughter, Humor, and the (Un)making of Gender: Historical and Cultural Perspectives

Edited by Anna Foka and Jonas Liliequist
Palgrave Macmillan, May 2015 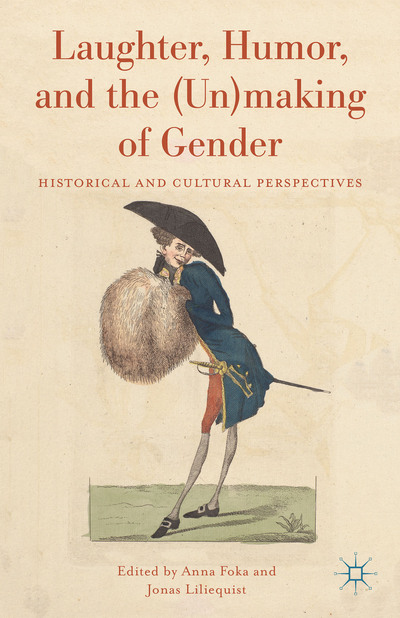 Publisher's description: Humor is the tendency of particular cognitive experiences to provoke laughter and provide amusement. Throughout history, it has played a crucial role in defining gender roles and identities. This collection offers an in-depth thematic examination of this relationship between humor and gender, spanning a variety of historical and cultural backdrops. Bringing together a medley of case studies diachronically and across cultures, the book examines gendered humorous expressions from classical antiquity to the late eighteenth century and across visual culture, literature and performance in both European and Asian premodern contexts.

Said about the book

"I find Laughter, Humor, and the (Un)making of Gender to be a brilliant manifestation of the innovative power of the cultural history of emotion and its ability to create fresh perspectives that transcend disciplinary, cultural, and regional boundaries. The authors have compiled a stimulating collection of papers that range over the cultures of the globe and cast new light on the much studied topic of gender by illuminating the constitutive power of what makes us laugh." - Walter G. Andrews, Near Eastern Languages and Civilization, University of Washington, Seattle, USA

"How is it possible that we have for so long missed the ways in which humor constructs, maintains, and undermines gender stereotypes? With essays spanning the pre-modern period and touching on non-Western cultures, this book offers a dynamic way to reconsider humor's key role in human lives." - Barbara H. Rosenwein, Loyola University Chicago, USA

"This excellent collection of essays ranges across space and time from early medieval China through medieval Iceland to seventeenth-century Sweden. The authors draw on a wide range of visual and literary evidence including images on classical Greek vases, medieval French fabula, and early modern English jest-books, but also engage with a rich and varied historiography. Anyone interested in cultural history before 1800 will learn something from this volume." - Tim Reinke-Williams, University of Northampton, UK. 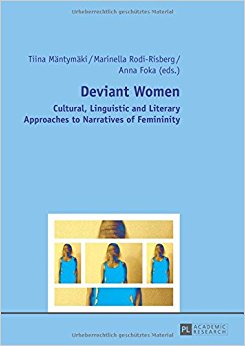 Publisher's description: This multidisciplinary collection of articles illuminates the ways in which the concept of female deviance is represented, appropriated, re-inscribed and refigured in a wide range of texts across time, cultures and genres. Such a choice of variety shows that representations of deviance accommodate meaning-making spaces and possibilities for resistance in different socio-cultural and literary contexts. The construct of the deviant woman is analyzed from literary, sociolinguistic and historical-cultural perspectives, revealing insights about cultures and societies. Furthermore, the studies recognize and explain the significance of the concept of deviance in relation to gender that bespeaks a contemporary cultural concern about narratives of femininity.