The programme helped me broaden my view

After studies and work in Argentina, Spain, England and at home, in Germany, Lena Conz came to Sweden, and in 2020 she completed her one-year Master’s Degree in Public Health at Umeå University.

"The education at the Department of Epidemiology and Global Health was very useful for me as it showed me different ways of working and various solution strategies through many group work sessions and discussions. In addition, the international Master’s Programme in Public Health helped me broaden my view not only on a population level, but also to understand global contexts better, and it offered many quantitative and qualitative research tools", says Lena Conz. 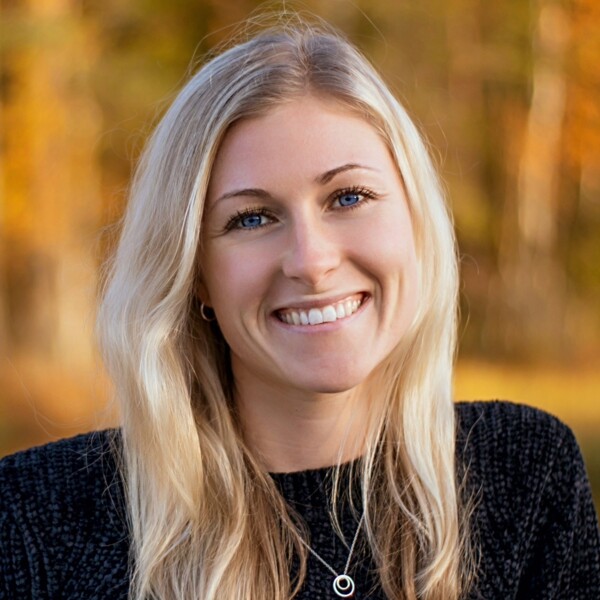 Lena Conz is 28 years old and grew up in a town near Stuttgart in Germany. Before she started her university studies, Lena Conz went to business school and became an assistant for international business management with foreign languages.

She became interested in global health when she took a course at Kristianstad University, in the south of Sweden, as a part of an exchange during her undergraduate studies in health promotion in Schwäbisch Gmünd in Germany.

"In Kristianstad, I took the courses Swedish culture and society, International communication, and Global health. At that point, I became interested in learning more about global public health, especially with an international focus. I fell in love with Sweden and decided to come back for my Master’s studies after my return to Germany", she says.

A very personal and positive climate

Lena Conz did come back to Sweden, but this time to Umeå University.

"Umeå University and the Department of Epidemiology and Global Health, with its international one-year Master´s Programme in Public Health, seemed the perfect place for me to start my Master’s in the autumn of 2019", she says.

She found that the teachers at the programme were always supportive and the climate was very personal and positive.

"The fact that in Sweden, courses take place in blocks, enables the students to concentrate on one topic completely. Although there was an exam at the end of each course and presentations had to be prepared, I was able to fully enjoy student life in Umeå", says Lena Conz.

This meant that she and her friends also had time to organize activities such as international dinners, hikes, campfires by the Nydala Lake, cross-country skiing, camping, watching the northern lights, ice skating and road trips.

She has an international perspective and is interested in learning languages. After high school she spent three and a half months in Córdoba, Argentina, for a social internship with children in a sports centre. Whilst at business school, she took courses at the International College for Business and Management in London and at the International Formation Center in Madrid. She worked for an industrial company and became responsible for order coordination with the subsidiary in Spain.

Exchange with students from all over the world

"The different courses on the one-year Master’s Programme in Public Health, such as epidemiology, health systems, social pathways and health economics have helped me greatly to understand interrelationships of different actors and determinants that can contribute to an improved health situation in a society. The exchange with other students from all over the world in the programme was very valuable as you got to know the perspectives of other countries’ health systems and cultural societies", she says.

After her graduation last year, she found a job at the University Hospital Heidelberg, Germany, at the Department of General Practice and Health Service Research. She also found a connection to Umeå University.

"I work as a project coordinator and research fellow for the project PriCare under supervision of Prof. Dr. Kayvan Bozorgmehr – an alumni of Umeå University. The project aims to improve availability and quality of health data for the asylum-seeking population in German reception centres", she says.

One of my best experiences so far

Lena Conz is interested in sports such as athletics, skiing and hiking, also in foreign languages, travelling and youth work.

"I´m grateful for a wonderful year in Umeå, and all the people I met during this special time. Life as a student in Umeå was one of my best experiences so far. As most students lived in the same area of Umeå, I felt at home very quickly and made friends for life. One of the best aspects for me in Umeå was the proximity to nature and the extreme seasons with a lot of snow in winter and never-ending days in summer."
"I would say that my studies at the one-year Master’s Programme in Public Health in Umeå have also had a great impact on me personally and have opened me up to future challenges and career paths", says Lena Conz.