What is research in philosophy?

The aim of philosophical research is to systematically investigate and answer the questions it starts out from.

The research sometimes consists in investigating what follows from assumptions that we take as given in everyday life or in science. The methodology of this kind in inquiry resembles that of formal sciences like mathematics, and formal methods, especially logic, plays an important role in philosophy. A difference between philosophy and mathematics is that the starting assumptions in philosophy rarely have the kind of certainty that axioms in mathematics have. Even things we take as given might have to be reconsidered; one way to show this is to show that the assumptions have implausible consequences.

In other cases the research consists in investigating what best explains one or other circumstance. This kind of investigation has a kinship with theoretical parts of the sciences.

Philosophy has close connections with other academic disciplines. The connections are partly historical: many disciplines have their roots in philosophy and became disciplines of their own as ways were found to empirically investigate issues one could formerly only make assumptions or reason about.

The connections between philosophy and other disciplines are however not only historical. Contemporary philosophical research is often conducted in close contact with different disciplines. Some examples:

Philosophical research also deals with many issues that are relevant to political decisions, and philosophers often participate in government commissions, in ethical councils, and in public debates.

In addition, philosophy studies general questions about truth, rationality, subjectivity and objectivity, which are foundational for all science as well as for public debate, world views and outlooks on life.

The subject of philosophy at Umeå University has several collaborations with other disciplines. Interdisciplinary research during recent years include collaborations with computer science, ecology, history of ideas, political science, religious studies, and radiation sciences.

The researchers in the subject have the ambition to develop further interdisciplinary collaborations.

The research seminar series in philosophy

Learn more about the seminar series and upcoming events (in Swedish). 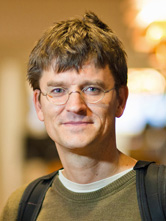 The Swedish Congress of Philosophy aims to bring together researchers from all areas of philosophy.

We combine researchers, teachers and students from many research areas within the humanities under one roof.