Physics aims to describe how things are, and why, and it tries to describe various phenomena that occur in nature in terms of simpler ones. The ultimate aim is to explain why our world is as it is.

Physics covers a wide range of phenomena, from the smallest sub-atomic particles, to the largest galaxies. Included in this are the most fundamental objects from which all other things are composed of. Because of this, physics is sometimes said to be the "fundamental science". In addition to addressing fundamental concepts, physics affects the way we view the world, and it plays an important role in other fields of science, not least chemistry or biology. It is often the basis for many new types of inventions or applications.

The culture of physics has a higher degree of separation between theory and experiment than many other sciences. Theorists seek to develop mathematical models that both agree with existing experiments and successfully predict future results, while experimentalists devise and perform experiments to test theoretical predictions and explore new phenomena. To address larger questions, theorists and experimentalists often work together with a common goal, as is the case at large facilities, e.g. CERN. Some physicists work successfully in both disciplines or in non-traditional multi-disciplinary fields of science.

The research is conducted primarily in a number of areas, described below. Our research and our department are also represented both in a number of different university-based centers, such as KBC, IceLab, and UMIT, and in national facilities/groupings, e.g. Laserlab Umeå. We have access to a variety of experimental techniques at various core facilities, technology platforms and user groups at KBC and through other collaborations.

The research is conducted mainly in the following areas:

View our publications at the Department of Physics. 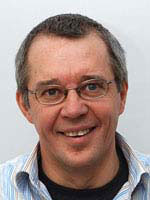