NEWS Researchers at the Wallenberg Centre for Molecular Medicine at Umeå University have discovered how a certain type of proteins, helicases, move to allow the DNA to be copied. The discovery could have implications for understanding how antibiotic resistance genes spread among bacteria.

All cellular organisms must duplicate their genetic material, the DNA, so that one copy goes to one daughter cell and the second copy goes to the other daughter cell. The DNA molecule might be imagined as a very long collar of pearls, where the pearls are the building blocks or units. It is formed not only by one but two collars, or strands. Each strand is intertwined with the other one forming a helical structure; therefore, scientists say that the DNA forms a double helix. To duplicate its genetic material, the cell needs to transition from one to two molecules of DNA, a process known as DNA replication, and that starts by separating both strands of DNA. To separate both strands, cells have specialized proteins called helicases. A group of three researchers at the Department of Medical Biochemistry and Biophysics at Umeå University have found how helicases interact and move onto the DNA to separate its strands. “We have seen how they move” says Dr. Cuncun Qiao, postdoctoral fellow and first author of the article. When Qiao says they “have seen it” is not in a figurative sense. They used a technique called single particle analysis of electron cryo-microscopy, cryoEM in short. CryoEM allows scientists to take snapshots of a single molecule. Combining millions of snapshots, they can make a movie and see how the helicases move. “We have used the splendid cryoEM facility here in Umeå University which has been instrumental to collect the data that we needed” says Qiao. The Umeå Center for Electron Microscopy is one of the two national facilities in Sweden, and it is equipped with state-of-the-art microscopes to analyze biological samples of various kinds.

“When we analyzed our snapshots, we saw that the helicases move different parts, called domains, via two separate movements. Two domains rotate and tilt respect each other. These movements give us clues about how these helicases move onto the DNA and separate both strands” says Ignacio Mir-Sanchis, principal investigator of the group that has published the work. Mir-Sanchis’s lab focuses on infection biology, studying Staphylococcus aureus. His lab is supported by the Wallenberg Centre for Molecular Medicine (WCMM) in Umeå. “We are interested in understanding the DNA replication of S. aureus, of viruses that infect S. aureus as well as interested in viral satellites. Viral satellites are viruses the parasite other viruses “, says Mir-Sanchis.

Staphylococcus aureus infects and kills millions of people worldwide and is considered a big threat since it has become resistant to almost all antibiotics used in the clinic. Curiously, the genes involved in resistance to antibiotics are sometimes harbored by virus satellites, which makes the work lead by Mir-Sanchis a bit more medically relevant. “Our work broadens our understanding on how antibiotic resistance genes are spread, although it is worth noticing that the movements that we have identified here, have been also seen in helicases present in other eukaryotic viruses and even in human cells. It always amazes us how important mechanisms are conserved from viruses to humans. Studying DNA replication is a good niche to potentially identify drug targets in the future” says Mir-Sanchis.

The work has been published in Nucleic Acids Research as an open access article. 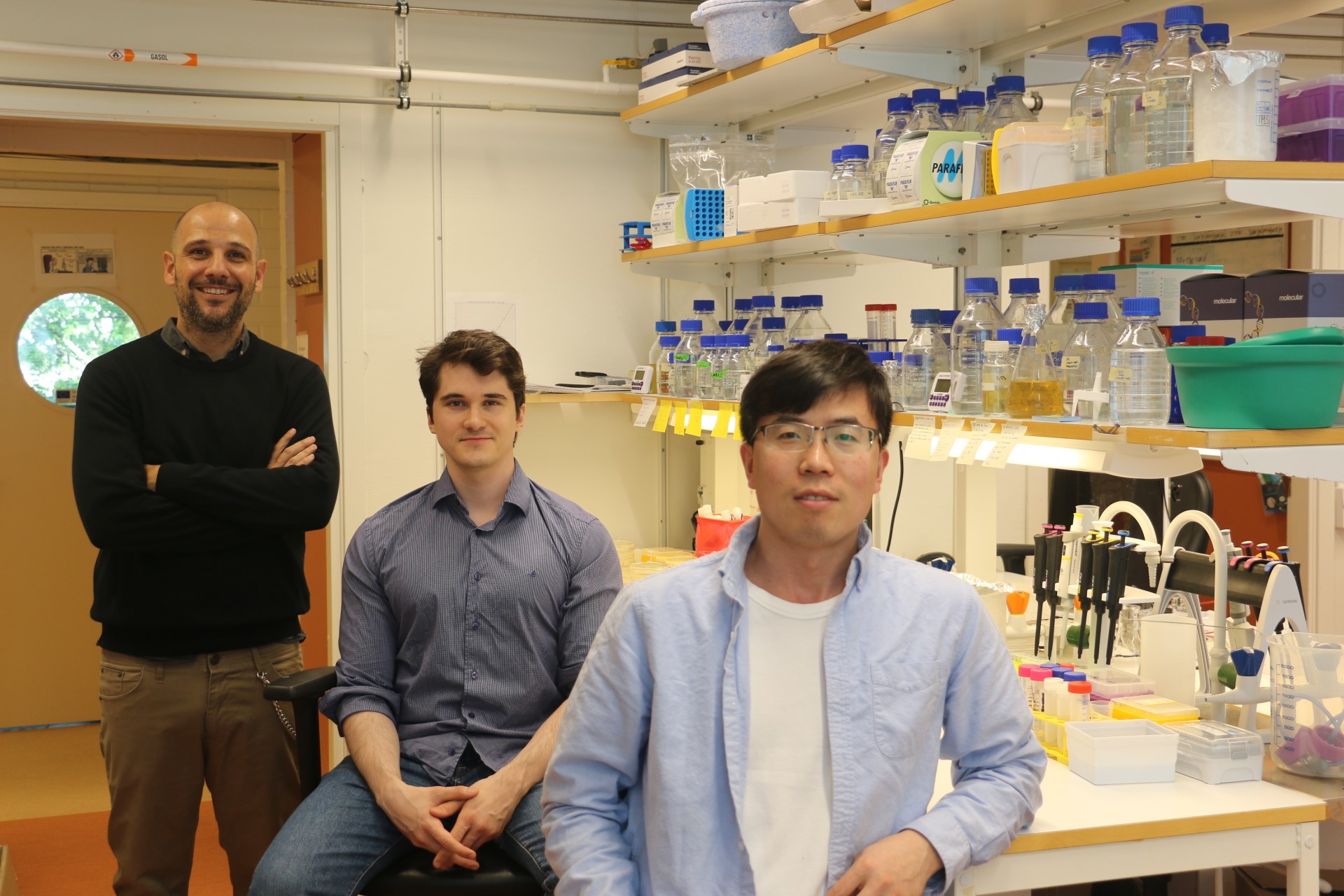 UCEM is a joint resource for research and higher education in electron microscopy techniques.