NEWS For several years, Emmanuelle Charpentier has been predicted as laureate of either the Nobel Prize in Chemistry, or Physiology or Medicine. And finally – the prediction became reality. “It’s amazing and such an unbelievable feeling,” says Emmanuelle Charpentier from Berlin during the online press conference broadcast from Umeå University.

The announcement from the Royal Swedish Academy of Sciences came at 11:45 on 7 October 2020: The 2020 Nobel Prize in Chemistry is awarded Emmanuelle Charpentier and Jennifer A. Doudna for the development of a method for genome editing. 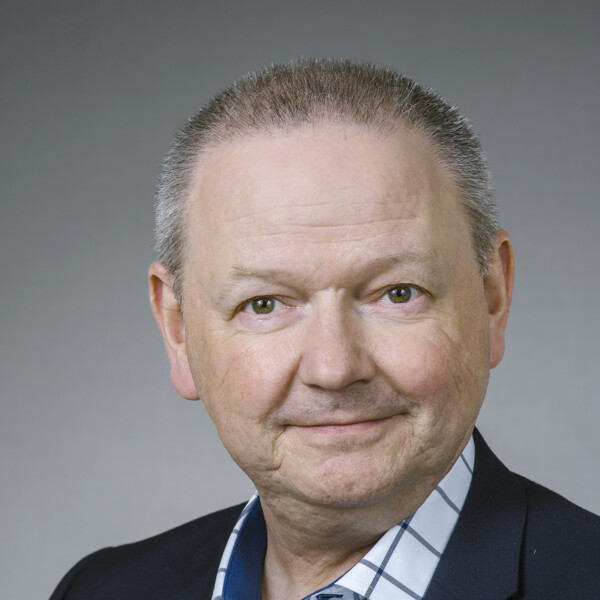 When the discovery was made, Emmanuelle Charpentier was active at Umeå University, and since experts have predicted her as Nobel Laureate for several years now, Umeå University was wishful and on their toes again. And the immediate euphoria was evident.

“First of all, I would like to send my warmest congratulations to Emmanuelle. This is truly a magnificent award and we are extremely happy and proud in Umeå. She really deserves finally getting the prize,” says Hans Adolfsson, Vice-Chancellor of Umeå University.

“It’s important to remember that this discovery is a result of basic research, and getting the chance to conduct such research is essential in making true scientific breakthroughs that can be applied in several fields and benefit all of mankind, not just today but also in the future.”

A place for young scientists

And the Vice-Chancellor was not alone in emphasising that the prized discovery is basic research.

“It’s paramount and must be seen as an investment into the future, and we hope that politicians and university managements will take this to heart,” says Bernt-Eric Uhlin, post-retirement professor in medical microbiology. 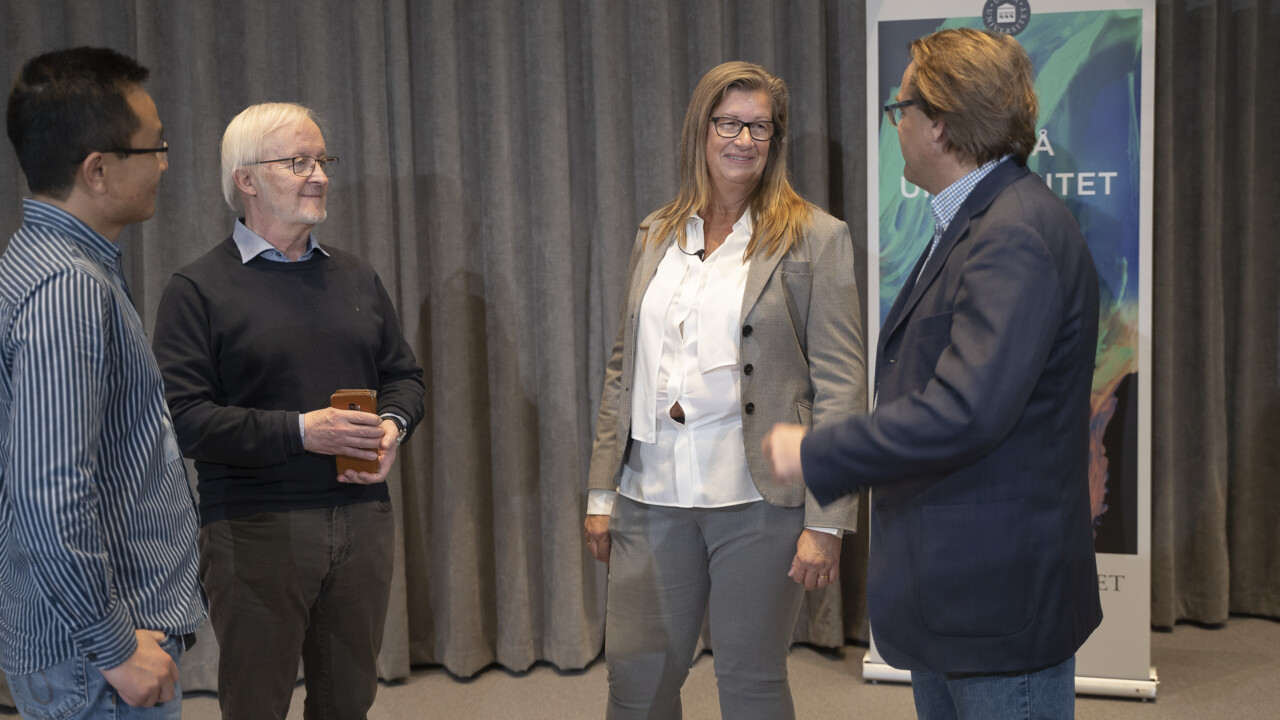 He was director of MIMS (The Laboratory for Molecular Infection Medicine Sweden) and UCMR (Umeå Centre for Microbial Research) when it first saw the light of day and for decades to come. He was also in charge of recruiting Emmanuelle Charpentier. Now he hopes that the Nobel Prize will make more young researchers notice and consider Umeå University.

Emmanuelle’s achievements will shine a light on Umeå University.

“As I see it, Emmanuelle’s achievements will shine a light on Umeå University. And that’s important in the University’s future recruitments. We always need to renew research and attract new young research fellows with exciting ideas. It will help a lot if Umeå can be linked to something this successful. It’s the best marketing tool possible,” he says.
Oliver Billker, current director of MIMS, where Emmanuelle Charpentier made her breakthrough, expressed his joy over the fact that Emmanuelle and Jennifer Doudna get to share the Nobel Prize.

He also hopes that the award will spur young researchers on.

“At MIMS, we hire young researchers at an early stage of their career. This is a model we have adopted from the European Molecular Biology Institute, and we give them generous support and a long-term perspective. We ask them to develop big ideas and address important questions. This important prize can also serve as evidence that our strategy is successful and that we have created a research environment in Umeå to enable such outstanding discoveries,” he says. 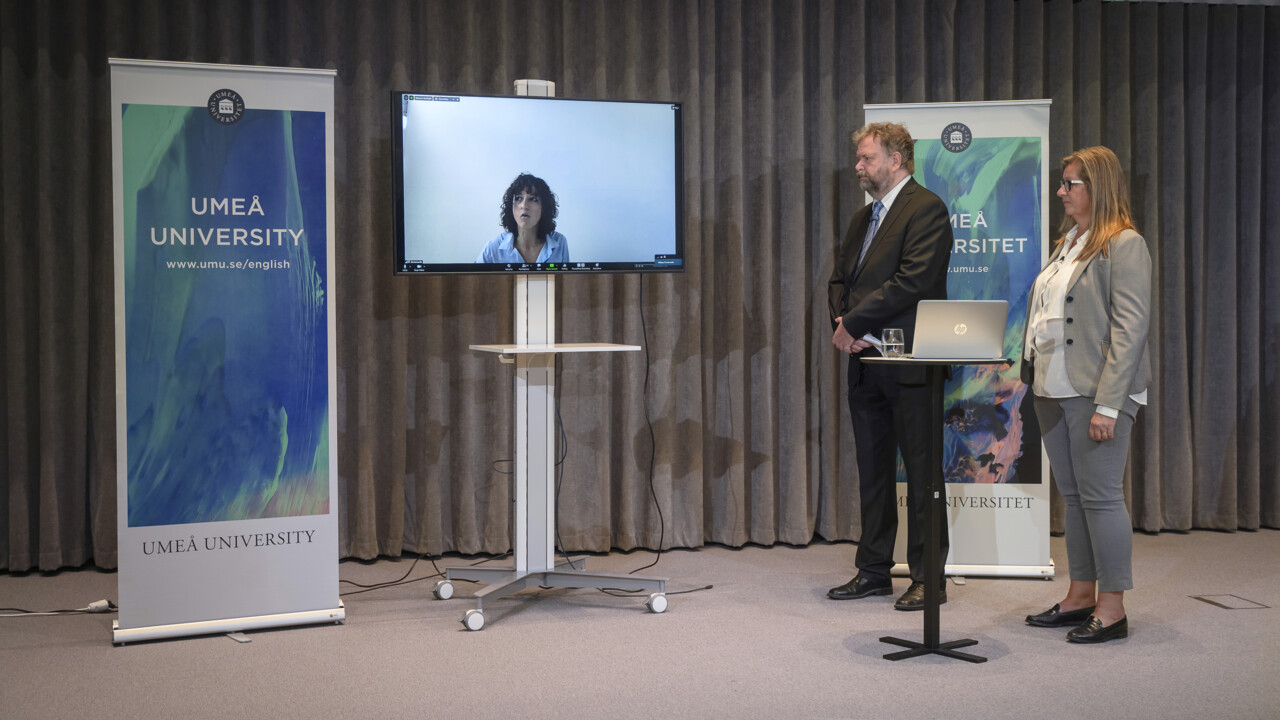 Emmanuelle Charpentier joined the press conference online from Berlin. Ola Nilsson, Communications Officer at the Faculty Office of Medicine, hosted the event and had Katrine Riklund, Pro-Vice-Chancellor, by his side.

One researcher using the genetic “scissors” in his research is Yaowen Wu, Professor of biochemistry at Umeå University.

“This is good news for us – for all of Umeå University,” he says.

Yaowen Wu is also director of UCMR, where Emmanuelle Charpentier was visiting research fellow, and he also hopes that the Nobel Prize will be an inspiration for more young researchers.

“I’m grateful for Emmanuelle’s long-term support and commitment to our research and activities. Hopefully, we will have more collaboration with her to stimulate more young research fellows to conduct basic research and make innovations,” he says. 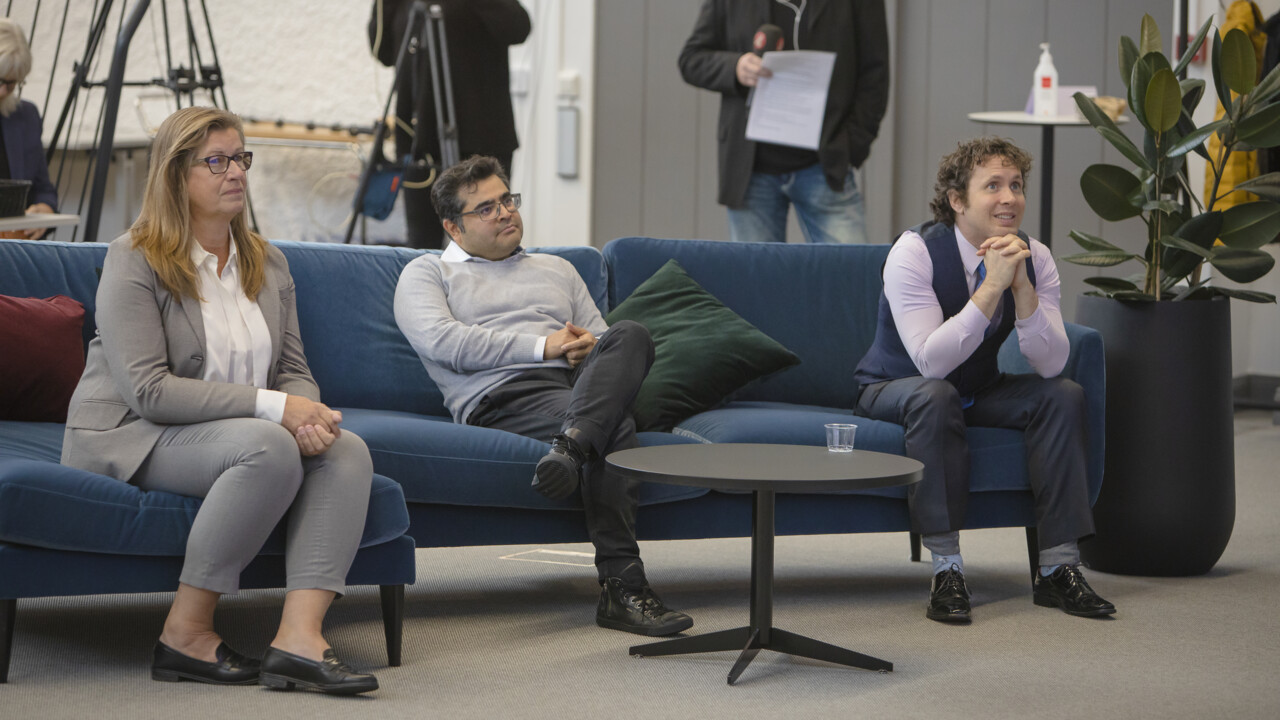 Huge excitement prior to the announcement. Umeå University had organised a Nobel event for media and staff. On the sofa are Katrine Riklund, Pro-Vice-Chancellor, David Cisneros, postdoctoral fellow and senior research assistant, MIMS, and Erik Campano, doctoral student at the Department of Informatics.

Katrine Riklund, Pro-Vice-Chancellor of Umeå University also expresses her delight over the prize.

“It feels wonderful. This was a news that was difficult to prepare for,” she says and emphasises how special this award is. “I really must emphasise the short period of time it took from discovery to prize. And she is a young researcher and female. This is unique in so many ways.”

Research success spills over onto the quality of education.

Naturally, Katrine Riklund believes that the Nobel Prize will have a significant effect on Umeå University. But not just on research.

“It also means a lot to education at Umeå University. Research and education are strongly interlinked. Research success spills over onto the quality of education. These two entities are unified.” 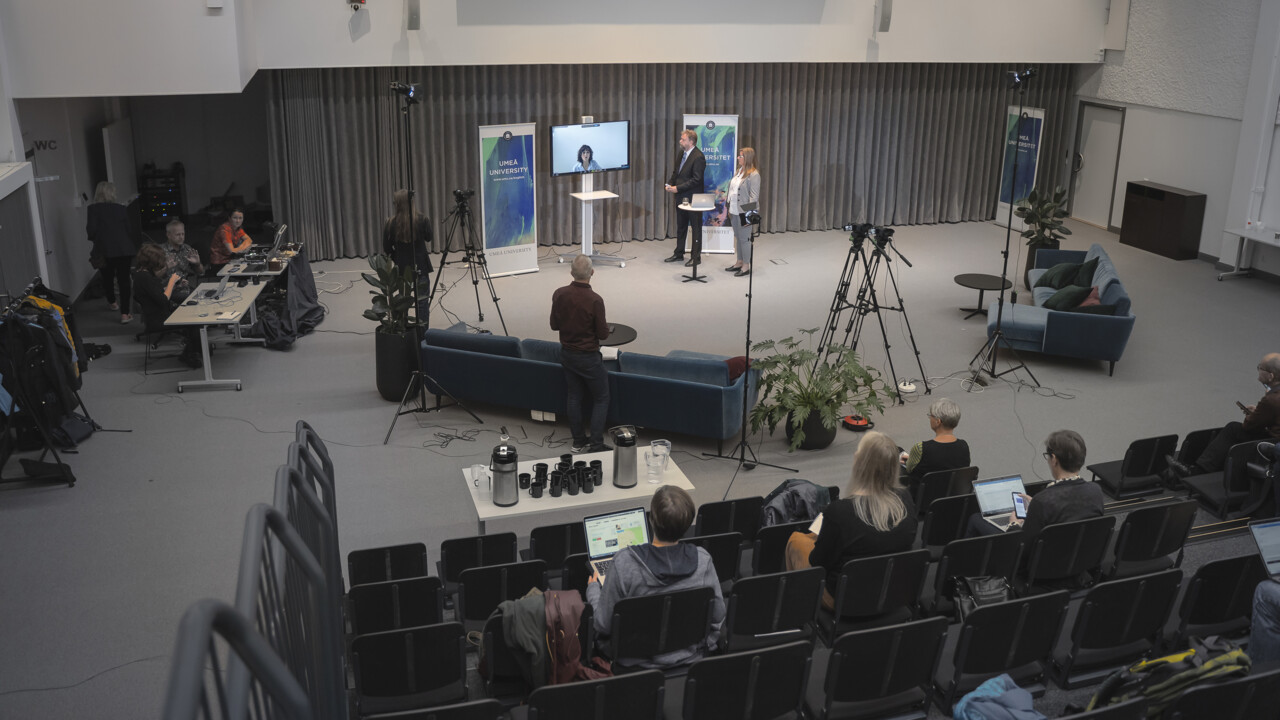 The press conference was held through Zoom from Umeå University. Around 60 journalists participated, both national and international.

Emmanuelle Charpentier was in Berlin, where she now works at Max Planck Unit for the Science of Pathogens, when the announcement was made. But she had expressly wished that the press conference would be held from Umeå University.

I hope I will be able to visit Umeå again soon.

In the afternoon, 60 or so journalists met at the conference, a few onsite on Campus Umeå, but most participants joined online – as did Emmanuelle Charpentier. And she was noticeably touched when talking about the prize and had a long speech of thanks.

“I hope I will be able to visit Umeå again soon – as soon as possible given the pandemic,” she said.

A few hours after the announcement of the Nobel Prize in Chemistry, a press conference was held with Emmanuelle Charpentier. Here you can see it in retrospect.

Emmanuelle Charpentier has been awarded the 2020 Nobel Prize in Chemistry.