Research project A double-blinded placebo-controlled RCT. The research question is if probiotic Lacobacillus reuteri Protectis DSM 17938 given for 12 months after operative treatment for ECC can reduce the risk for new caries in children 2-5 years.

Early childhood caries (ECC) is a global health problem associated with impaired oral health-related quality of life for the individual and high costs for families and society in general (Garcia et al., 2015). ECC is a very complex condition with numerous biological, medical, behavioral, psychological, cultural, and life-style factors behind its etiology. It is commonly postulated that ECC is a preventable disease but systematic reviews have shown that preventive measures are only partly successful (Tinanoff and Reisine, 2009; Twetman and Dhar, 2015). Unfortunately, also the management of ECC relies on evidence of low quality and the relapse rate in terms of recurrent caries after restorative treatment is reported to be around 40% (Graves et al., 2009; Berkowitz et al., 2011). Consequently, along with fluoride exposure, there is a need to develop novel strategies to combat the development of new caries lesions in children with a history of ECC. Several previous studies have indicated that infants, toddlers and preschool children that are exposed to probiotic supplements can display significant reductions in caries incidence in the primary dentition (Näse et al., 2001; Stecksén-Blicks et al., 2009; Stensson et al., 2014; Hedayati-Hajikand et al., 2015; Jørgensen et al., 2016). The aim of is to evaluate if the use of probiotic supplements as adjunct to a standard fluoride program could reduce the risk of further decay. 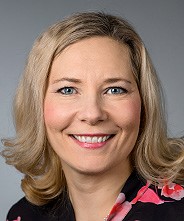 Department of Odontology, Faculty of Medicine

Preschool children, 2-5 year of age, with ECC or severe ECC and scheduled for restorations and extractions under general anaesthesia or any form of sedation are eligible for recruitment. The study is a double-blinded RCT with two parallel arms and conducted with a multicenter set-up. In the test-group children are given 5 drops with probiotic Lacobacillus reuteri Protectis DSM 17938 at bed-time during 12 months. In the control-group children are given drops with the same taste but without the probiotic bacteria. Parents are advised to brush the teeth of their child with fluoridated toothpaste twice daily. A dental examination will be performed 6 and 12 months after start of the intervention for signs of caries, gingivitis and dental plaque. The study will give knowledge if the probiotic bacteria Lacobacillus reuteri Protectis DSM 17938 may be a supplement to fluoride in the caries prophylaxis to preschool children.