Research project What changes can be seen in our ecosystems? Measuring biodiversity through DNA-sequencing of an unbroken 50-year line of samples from six Swedish locations.

To understand complex ecosystems and environmental impact, we need information about the organisms that are present in our environment. We also need to have long time series to predict changes of the biodiversity in the future. Until now it was difficult find the information. Our project will contribute to biodiversity and biosafety research in Sweden and how to prepare for outbreaks of existing and new pests.

Ecosystems are complex and dynamic biological systems that represents a network of interactions between the different organisms and between the organisms and the environment. A healthy ecosystem has a large diversity, that is, it consists of a large number of different organisms. A healthy ecosystem is less sensitive to changes and can better withstand invading species from other environments that risk harming the diversity. Our society is very dependent on the ecosystems as they both provide us with recreational areas, but also to a large extent affect our own as well as animal and crop well-being. As the environment is changing more and more rapidly due to for example climate change and the way human populations spread and utilize natural resources, there is concern about how this will affect the ecosystems and the spread of pests.

We are in this project using a unique archive of air filters that represents an unbroken 50-year line of samples collected weekly at six locations across Sweden (see picture below). These filters were set-up and are used by the Swedish Defence Research Agency to monitor radioactive fallout. 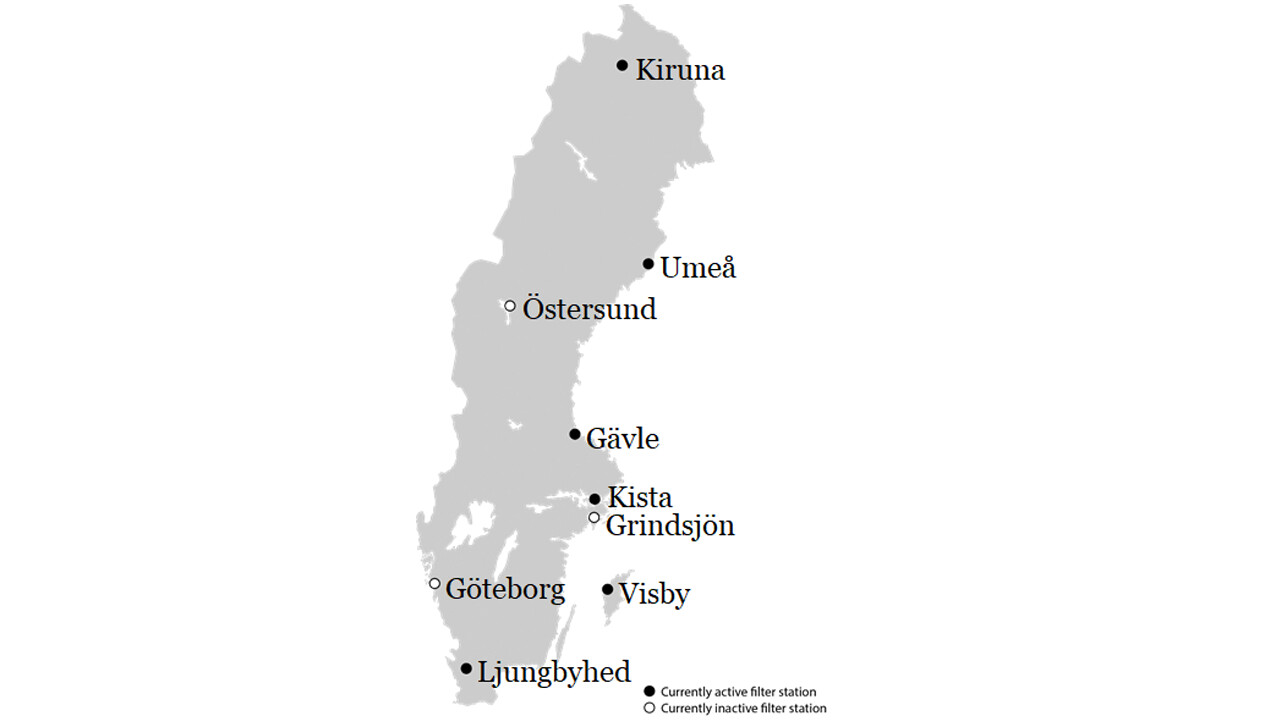 We can extract high quality DNA from these filters and through modern DNA sequencing we can identify the organisms that get stuck in the filter. The properties of the filters and the huge amounts of air passed (>100,000 m3/filter) make it possible to measure the relative presence of all types of organisms (plants, animals, fungi, bacteria and viruses) from all types of environments (soil, water, land and air). The filters even capture traces of vertebrates along with their intestinal parasites, via cell fragments circulating in the air.

In a pilot study, we have shown that archived filters very well preserve historical occurrences of different organisms and their seasonal variation. We also have access to information on weather and land use (e.g. forestry, agriculture and various infrastructure changes) from and around the collection sites over the 50 years.

40 years of biodiversity in Kiruna

We have now produced a time series of the biodiversity in Kiruna over a 40-year period (1974-2012). Weekly samples from every other year were sequenced on SciLifeLab in Uppsala (200-800 million 150bp PE reads/sample). We now use this unique dataset to answer a number of questions, such as for example: 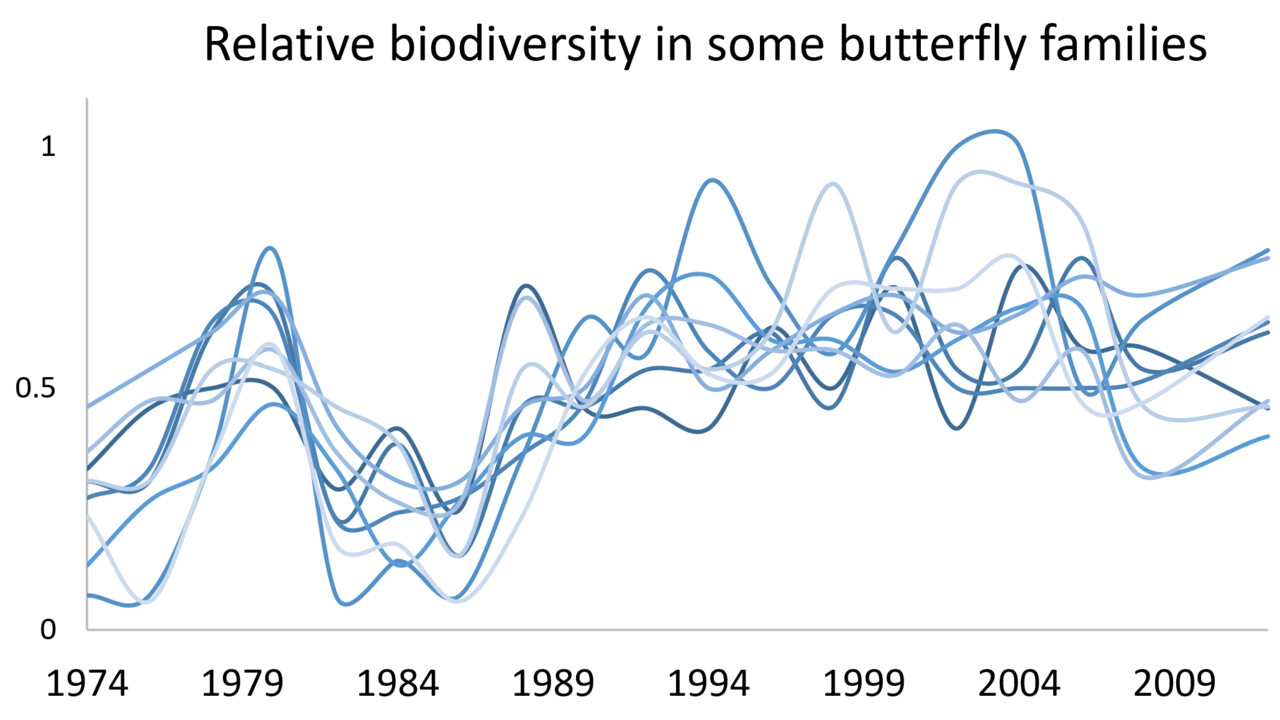 Relative biodiversity across 40 years in Kiruna of some butterfly families 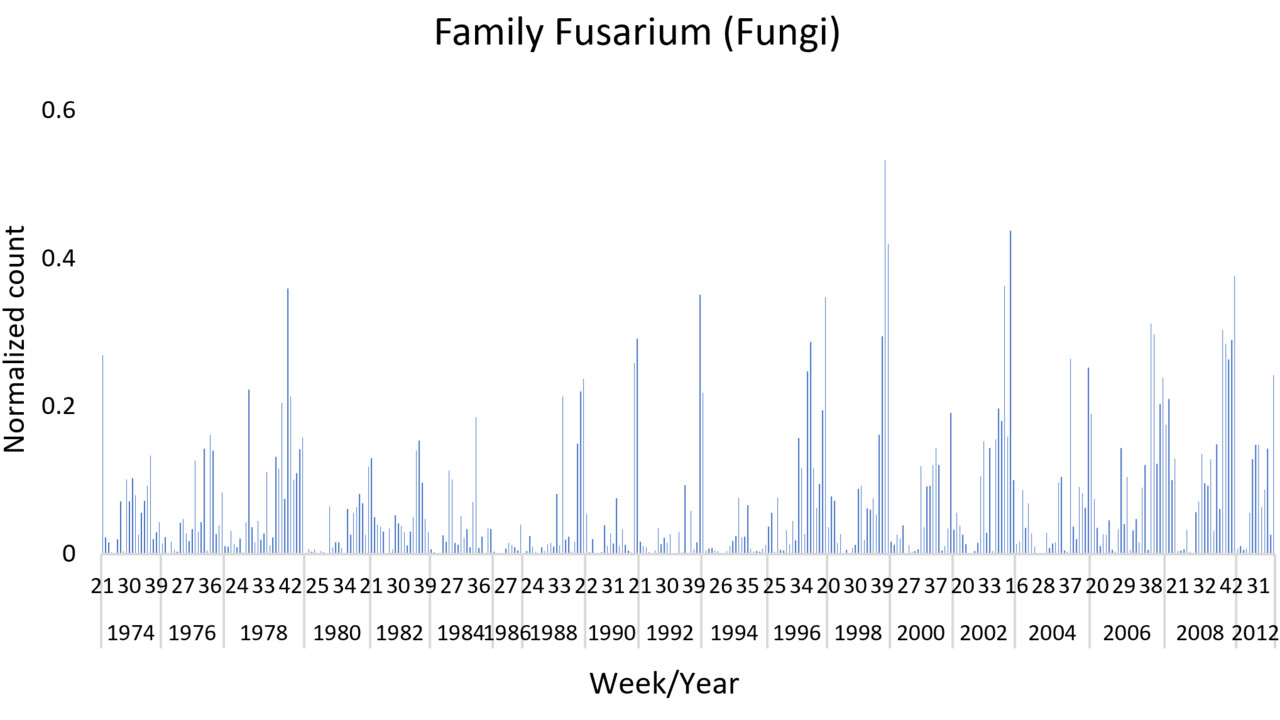 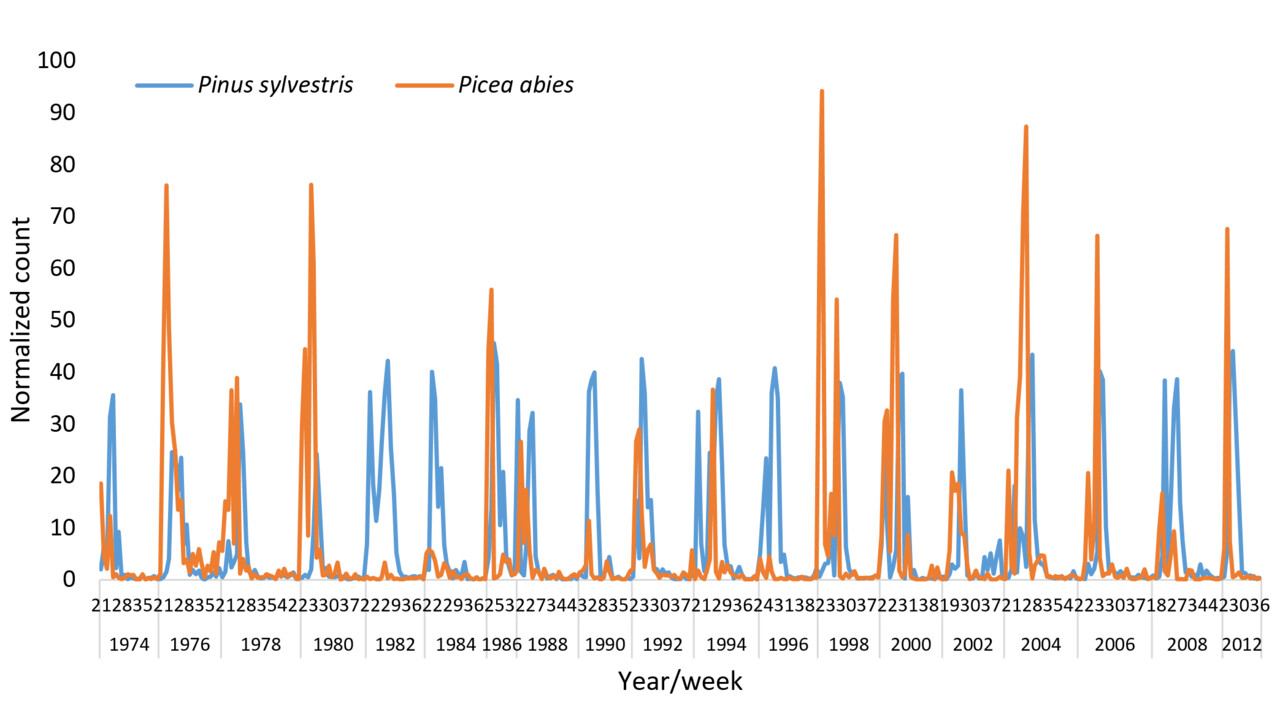 Research area at the Dept. of Ecology and Environmental Science