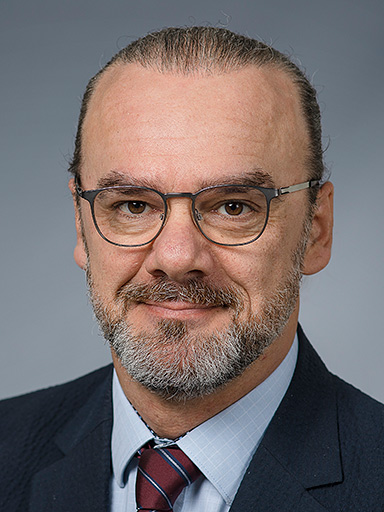 Dzenan Sahovic is Associate Professor in Political Science doing research on peace and security and teaching crisis management and peacebuilding.

My research interests are in the fields of peace and peacebuilding, societal security and anti-terrorism, and the politics of the Balkan region, in particular Bosnia Herzegovina.

My dissertation project was on international involvement in post-war Bosnia, where I studied how the institution of Office of the High Representative (OHR) influenced the politics of Dayton Agreement implementation.

Since then, I've mostly done research in the field of cultural heritage in post-conflict societies in the EU Fp7 collaborative project CRIC Cultural Heritage and the Re-construction of Identities after Conflict, which was led by McDonald Institute of Archeaology, Cambridge University UK.

From 2007 until 2014 I was the Director of the European CBRNE Centre, a center for studies of preparedness against attacs with chemical, biological, radio-nuclear and explosive substances. In that role, I've been the project manager in a few larger EU funded reserach projects such as the DG Regio Nordic Safety and Security project (NSS), DG Devco projects FirstCap and CBRNEcap, Fp7 large scale integrated project PRACTICE. I've also participated in DG SANCO project CELESTE, Fp7 projects SNIFFER and EDEN, and quite a few other initiatives in European CBRN defense research.

Since 2017, I am working in the Varieties of Peace research program (see below) where I am developing new analytical tool for studies of different types of peace as well as investigating how international involvement influences peace processes.

I am the Head of Masters Degree Program in Crisis Management and Peacebuilding at Umeå Univeristy. I teach the Crisis Management Systems in Comparative Perspective course which is the first course of the program as well as the Peace and Conflict Studies theory course in the last year of the undergraduate program. I administer the Internship course and I tutor a number of Master's Thesis each year. My previous teaching experience includes courses such as Poverty Reduction, Organisation Theory, Peace and War, International Relations, Policy Analysis, and many more.

I have also been the organizer of the UN Chemical and Biological Weapons Inpector training course which was held in Umeå on two occasions, in cooperation with Swedish Defence Research Agency FOI, UN Department of Dissarmament Affairs, the Swedish Defence Forces and the World Health Organisation.