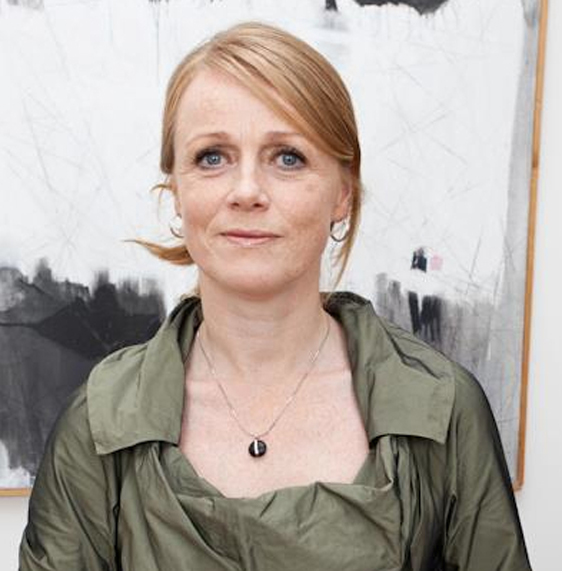 – I am exploring the life and letters of a woman in the first half of the 19th century, who wrote 250 letters to her brother, says Erla. This woman, Sigríður Pálsdóttir (1809–1871), started writing letters when she was eight years old and continued until she died, more than 50 years later. I am using her letters to explore her life and how it is represented in her writing.

– There was a difference between boys and girls in terms of writing. The education of boys was prioritized and girls had to learn more informally – girls could not attend the only Latin school in the country. Therefore the girls’ letters where often shorter and about everyday life, while the boys, at least those who had the opportunity to receive education, wrote about politics, literature and such.

Exploring this correspondence is one aspect in Erlas research. The other is to use the letters to write Sigríður’s biography, which has proved to be a challenge.

– It has been challenging to find the right frame of narration, says Erla. How do you write about someone who is quite ordinary and writes mostly about her daily life instead of something sensational or pioneering? It doesn’t fulfil the usual premises of choosing a biographical subject.

– I have argued that there are very few trajectories for women’s lives in historical writing. Most often portrayed are women who are writers or suffragists, discussing literature, philosophy or politics in their letters. Some are the subject of study because they are the wives, daughters or sisters of famous men. The letters I am exploring are well written, very eloquent, but not poetic or philosophical. They just reflect her life as it passes by.

So why is this research important?

– It is very important to illuminate past lives, the lives of the ordinary as well as those who changed history or did something noteworthy. If we want to understand the past we have to explore all dimensions of it, not only the famous or ”great” people.

– Though it’s not as if ordinary lives have not been explored, they have, but often it has been as a collective force, a mass instead of individually. A biography is also a fascinating way to write history. Historical biographies have being criticised for not being ”real” history but I think this is gradually changing and biographies by academic historians are growing.

– Here at the Department of Language Studies I will continue my work on Sigriður Pálsdóttir’s correspondence. I find letters and correspondences absolutely fascinating and in the past few years I have become more interested in literacy and literacy practices, mainly in the sense of writing. I have worked with letters for years, mainly women’s correspondences; I did my PhD on women’s education in Iceland.

– Writing was an extremely important skill for people in the 19th century, not least women. Sigríður Pálsdóttir’s correspondence is an excellent case study on literacy and literacy practices: How did people learn to write? How was it used? Why dis she and her family write letters? How did social and cultural circumstances affect their writing? Those are some of the research questions I am working on.

– I hope to deepen my thoughts on this while here in Umeå. I am very thankful to Anki Edlund, Susanne Haugen and Lars-Erik Edlund for arranging this and inviting me and welcoming me to Umeå.

Read more about Erlas project Constructing a life – Explorations in letter writing and expressions of life. The case of Sigríður Pálsdóttir (1809–1871)

And finally, some Icelandic expressions for daily use: