NYHET This textbook provides beginning undergraudate students with a basic introduction to postcolonial literatures from different parts of the English-speaking world. By weaving excerpts from a carefully chosen selection of literary texts into narratives of historical events, the book's contributors have created learning material designed to encourage reflection and stimulate discussion. To this end, the chapters include thought-provoking "in-text" questions that follow the different text extracts. 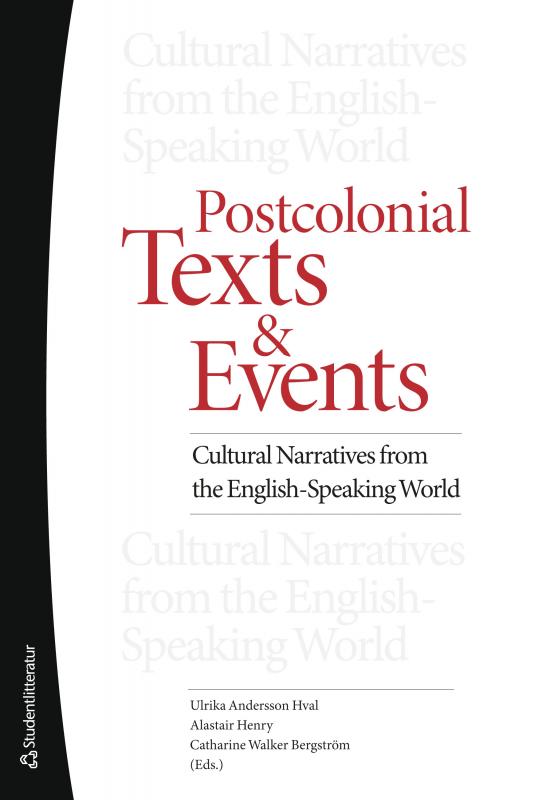 The chapter Eastern and Western Africa: Transmutations, Translations, and Transgressionsis is written by Raoul J. Granqvist and is divided into four sections called Maps, Images, Words, and Conflict and Concord.

Maps is the only section that has a clear chronological structure; the others follow no such a protocol. None of them attempts at grounding the selected texts in national spaces and cultural landscapes. The Map is a metaphor for the colonial power acquisition, its methods of surveillance and preservation and the affiliated notion of border of demarcations, crossings, and transgressions of language and culture.

In the second section of Images, the focus is on the dichotomies of African writing in English, the rhetoric of 'talking back,' and the emergence of the multi-faceted expressiveness in visuality/print/sound.

The third section of Words centres on the development of West and East African English as a cultural and controversial vernacular, as a contact language (lingua franca), Pidgin, and Rotten English – in writing and street talk.

In the last section I invite writers to discuss areas of concord and conflict, war and imprisonment, on a literary personal and universal level. Women and women's writing, and children's are highlighted. The chapter problematizes normative concepts such as 'tradition,' 'ethnicity,' and 'borders' for a better understanding of the writers' choices of what topics to unearth.

The English-language texts examined are not necessarily neither 'English' nor 'texts,' being hybridized, transformed, and translated in many ways. Local entrepreneurship and indigenous creativity with literary aspirations operate from the beginning in an interface with the global, where the two are enmeshed with each other to the extent that the conventional dichotomy of centre-periphery becomes an inadequate term with which to qualify the East and West-African book-market. The giants, Chinua Achebe, Ngugi wa Thiong'o, Wole Soyinka, Ama Ata Aidoo and Flora Nwapa perform on the same volatile scene as the Longman Drumbeat, Macmillan’s Pacesetter series and the Spear Books thrillers.