Sourcetype of dioxins important for management

NYHET Dioxins are highly toxic, and cause problems in biota, escpecially in the northern parts of the Baltic. In Anteneh Assefas thesis, he has developed methods for tracing sources for the dioxins, and has also studied spatial and temporal patterns of dioxin distribution. The results will be of great importance for the future management of the Baltic Sea region. 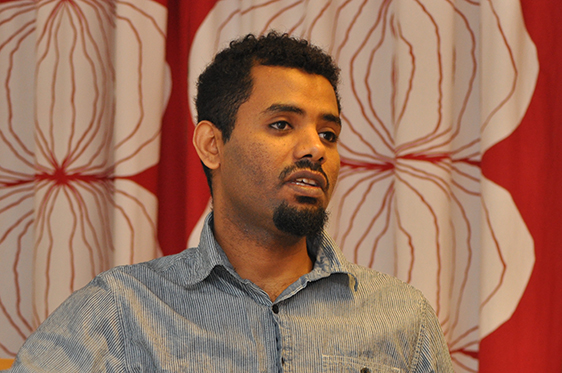 Relatively high concentrations of dioxins in fish from the Baltic has caused problems for many years, and has led to bans for exporting the fish from Sweden to other countries. Children and fertile women are advised by the Swedish Food Administration to strongly restrict their intake of fish for this reason.

An important step in improving the situation is to understand the sources of the dioxins, to thereby make the measures taken more effective. This is the focus of Anteneh Assefas work, which now is presented in his doctoral thesis. By exploring chemical fingerprints in air, sediments and biota, Anteneh Assefa has described and analysed spatial and temporal patterns of dioxin distribution in the Baltic Sea.

Dioxins in fish from the Baltic originate from different types of sources. Diffuse, atmospheric sources contribute with more than 80 percent to the total amounts of dioxins in the southern parts of the Baltic Sea. In the north, where the biota is contaminated to a higher degree, local sources seem to be of greater importance. The relative importance of thermal sources has decreased, while the contribution from historical use of chlorophenols has increased over time, escpecially in the northern parts of the Baltic. All in all there has been a slow decrease in the concentrations of dioxins during 1990–2010.