History of Science and Ideas

The History of Science and Ideas addresses human thought from the ancient past to the present day: people’s views about themselves and the world, their thoughts on history and the present day, and their hopes for the future. Many contemporary thoughts and ideas about nature, society, humankind and the transcendental have historical roots. Some of these ideas are very old, but amazingly many live on today; as humans we carry them with us, and they shape our view of the world.

Human thoughts have a story that can be analysed and understood

Research within the history of science and ideas is based on how ideas in the form of human thoughts, conceptions and attitudes have a history. And so it is possible to analyse and understand this history based on the impressions or representations that the ideas have left behind. These remain most accessible in different forms of text, from scholarly writings and political pamphlets, to fiction and diary entries, yet they can also be preserved in images, social practices and material relics. Another starting point is that societies, cultures and social contexts influence the development of human thought, whilst ideas simultaneously influence human behaviour and ultimately how culture and society function. By learning more about how people have thought and reasoned, we learn more about the past and also about ourselves and our time. Just as our bodies carry a biological legacy from our forefathers, it could be said that our way of thinking, speaking and reasoning are in part an expression of an immaterial cultural heritage. However this often unconscious cultural heritage is not static; it changes over time and studying these changes is part and parcel of the tasks faced by historians of science and ideas.

History of Science and Ideas research at Umeå University

There has certainly been a broad spectrum of research at Umeå University within the history of science and ideas, however it is possible to pinpoint certain areas where the majority of researchers have gathered. It is home to the history of science and ideas of everyday life (family, the home, school, work, leisure time); the history of technology and the environment; the history of ideas in medicine and health; the history of ideas of religious thought (Christianity, Judaism, Islam) and the study of how sex and gender are created, discussed and assigned meaning. First-cycle education in the History of Science and Ideas provides a broad and general overview of the development of intellectual life from ancient times onwards. In comparison, the research in the field is highly specialised and often strongly focused in time and space. The lion's share of research at Umeå has focused on European and Swedish conditions in modern times, from the 18th century onwards. Certain projects have paid particular attention to Norrland's history of science and ideas, something that seldom occurred before the birth of Umeå University. However historians of science and ideas at Umeå University have also researched ideology debates and lines of thought in other places in the world. In recent years, our environment has been enriched by researchers from Norway, Finland, Iceland, Germany and the USA. As a result, our academic scope has increased.

Historians of science and ideas at Umeå conduct research together, and with scholars from other departments and higher education institutions, as well as researchers from other academic disciplines. In recent years, we have participated in large inter-faculty research programmes focusing on problems related to ageing, gender and environment respectively. Occasionally, we participate in multidisciplinary investigations, where our perspectives from the history of science and ideas can supplement the perspectives held within other disciplines and fields of research.

As historians of science and ideas we have active collaborations both within and outside the University. We are also active in the media, where we contribute with debate articles, commentary, perspective, analyses, reports and reviews. Here, the democratic task of collaboration is clear and we see it as being very important to participate in open and critically trying discussions on matters of research and education. There is also a long tradition for historians of science and ideas to become involved in different types of public education and popular science.

Thirteen researchers study the history of field research institutions, from the 17th century and onward.

See current publications in history of science and ideas.

See current research projects in history of science and ideas.

Learn more about the seminar series and upcoming events (in Swedish). 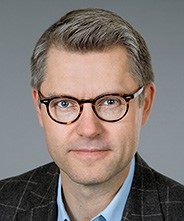 Researchers, teachers, doctoral students and administrative staff in history of science and ideas.

See our current international courses in history of science and ideas.

We combine researchers, teachers and students from many research areas within the humanities under one roof.