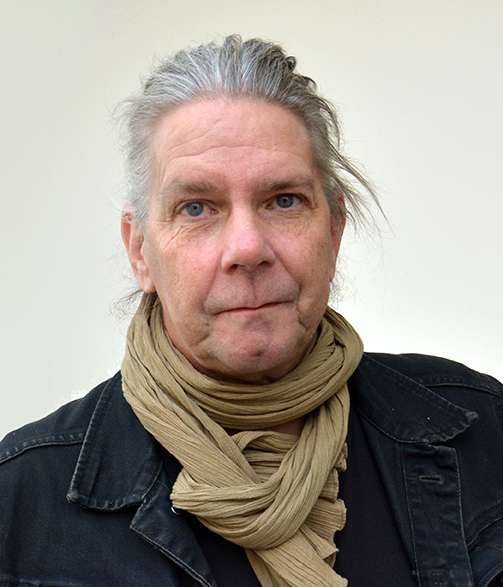 As stated in the introduction, the main purpose of the project is to increase knowledge about environmental attitudes and behavior by systematically study them across countries and over time. Specific focus will be given to the link between environmental attitudes and behavior, and how this relationship evolves over time in different national contexts. Primarily, we will examine the role of the national political context in promoting or obstructing the translation of environmental concerns into pro-environmental behavior cross-nationally. In doing so, we will focus on the quality of government institutions and their capacity to generate a general sense of trust and cooperation among citizens, but also on more specific environmental policies and political rhetoric, and the extent to which they elicit a “pro-environmental spirit” in the mind of the public. We will study how these relationships evolve across time, and compare groups that potentially differ in their behavioral responses. Within the framework of the project, we will test several hypotheses concerning cross-level interactions between contextual factors and individual-level processes resulting in particular attitudes and behaviors. As we are likely to increase the knowledge on the role of macro-social properties facilitating or obstructing pro-environmental behavior, our results will be relevant not only to environmental researchers but also to politicians and policy makers placing environmental problems high on the agenda.

SURVEY OF THE FIELD

In this section we outline our theoretical framework in terms of how we aim to advance the understanding of environmental attitudes and behavior. Next we present our analytical strategy, beginning with a description of the main variable categories involved in our analyses, followed by an account of the data. We then proceed by presenting our methods in terms of how we will analyze the data and the challenges it involves. We conclude by providing a timetable for the project, describing the project members and the scientific milieu as well as outlining our publication plan and other channels for dissemination of our results.
Theoretical framework
The explanatory theoretical framework in the project builds on the literature on collective action problems, denoted “social traps” or “social dilemmas” (Rothstein 2005), which is particularly suitable given the properties characterizing environmental issues. The dilemma is described by Rothstein (2005): the “situation” is that “everybody” wins if “everybody” cooperates. However, if one does not believe that nearly everybody cooperates then it is not worth cooperating because the situation will not be solved unless nearly everyone cooperates. Therefore, social trust is essential and a prerequisite for cooperation. As most conceivable solutions to environmental problems require a certain degree of cooperation, trust in fellow citizens is a crucial component in solving these problems.
Whereas neither states nor markets have proven especially successful in solving environmental issues such as resource exhaustion and depletion (Ostrom 1990), there are vast differences across countries in how environmental problems are addressed and dealt with. This in turn should generate very different circumstances for collective action across nations, especially when it comes to mobilizing citizens of democratic societies in response to particular environmental issues. Accordingly, we believe that the national political context is decisive in establishing the link between environmental attitudes and behavior and to promote pro-environmental behavior. As a result, we will draw on theories about institutional feedback effects (Pierson 1993; Mettler and Soss 2004) where attitudes and behavior is not only seen as input into the electoral system (Lipset & Rokkan 1967) but also as an output of the existing institutional setting. According to this perspective, political institutions are normative frameworks that shape the formation of attitudes and behavior among citizens. Moreover, institutions impact on public views on institutional capability, and thus beliefs about the limitations and possibilities of democratic institutions to solve social problems (Rothstein 1998; Svallfors 2007; Steinmo 1994; Mettler & Soss 2004; Edlund 2006). Institutions not only influence the beliefs that people have about them, they also influence more general orientations such as perceptions, norms and social trust. In particular, generalized trust crucially depends on the extent to which the political institutions in society are believed to be trustworthy, efficient, and impartial. Given that social trust is a crucial safeguard against social traps, the way in which institutions are set up is of paramount importance.
In addition to the actual setup of institutions, the articulation and framing of political issues also exerts an influence on attitudes and behavior (e.g., Jacoby 2000). Whereas the articulation of political issues often reflects the institutional setup, the two are far from identical. According to the ‘symbolic politics’ perspective (Sears and Funk 1991:14), the principal goal of politicians is to “code political symbols in terms of what will evoke widespread and supportive predispositions in the citizenry”. Environmental issues may be framed in such a way that aligns with the overall political agenda. For instance, environmental problems may be toned down in favor of economic growth. However, here we envision two broad categories of framing effects. First, the extent to which environmental issues are placed high on the political agenda is bound to vary considerably across countries. Second, the character regarding the articulation of environmental problems and their solutions might also differ depending on the country of focus. For instance, politicians may differ in the extent to which they define environmental issues as problems or not, and whether potential problems pertain to the local or global level. The proposed solutions may also differ; whereas some politicians stress technological solutions, others emphasize the need for changing lifestyles and consumption patterns.

Data on citizens’ environmental attitudes and relevant individual-level characteristics come from two high-quality cross-country surveys: the International Social Survey Program (ISSP) and the European Social Survey (ESS). ISSP is a global comparative project covering 48 countries with the objective to construct internationally comparable surveys of adult citizens’ attitudes and values. The “Environment” surveys, fielded in 1993, 2000 and 2010, will be used in the project. The data provides ample opportunity to examine the influence of country-level factors and temporal trends on a large array of different environmental attitudes and behaviors. The ESS has fielded five surveys (2002-2010) containing information on environmental attitudes, and a large number of relevant variables measuring basic human values, inter-personal trust, trust in politicians and political institutions. The ESS data therefore enables us to specifically examine various underlying individual-level mechanisms related to the formation of environmental attitudes. The data sets therefore complement each other – while ISSP provides several different dependent variables and a large number of countries; ESS is rich in terms of individual-level determinants of attitudes and other mediating individual-level variables, but limited in terms of dependent variables.

We will employ both attitudinal and behavioral variables. The attitudinal variables differ between general orientations, e.g., how concerned individuals are about environmental issues in general and more specific. Both the ESS and the ISSP include items tapping general environmental concern. More specific attitudes towards the environment are also available. We will study preferences about strategies and solutions to environmental problems including the role of government and market actors as well as the role of science as a problem-solving institution, as well as environmental perceptions regarding causes and consequences of implemented solutions to environmental problems and perceptions about obstacles for environmental protection. By studying the ranking of environmental issues in relation to other political issues we will be able to assess how important the environment is in the minds of ordinary citizens.
With regard to pro-environmental behavior, we will focus on two broader categories. First, we will focus on environmental behavior with significant consequences for parliamentary politics, e.g., voting on green parties and active engagement in environmental organizations as well as whether the respondent has participated in demonstrations or signed a petition related to environmental issues. Second, we focus on the pro-environmental behaviors in people’s everyday life, using items that ask respondents about recycling, energy-efficient housing, environmentally friendly (ecologic) consumption and car use.
In terms of macro-level (country level) variables, those related to “quality of government”, “implemented environmental policies” and “political articulation” are of primary interest. Quality of government is measured in terms of the efficiency and impartiality of government institutions. The data will be collected from the Quality of Government (QOG) databases. We will use the ICRG indicator reflecting the impartiality of the legal system, the degree of corruption, and the strength and expertise of the bureaucracy, in a country, just to mention a few. Data on which effective environmental policies that actually are in place is collected from the “OECD database on instruments used for environmental policy and natural resources management”. The measurement regarding the articulation of political issues, mainly examining if and how environmental issues are articulated by political parties will be based on the “Comparative Manifestos Dataset”, which contains quantitative content analyses of party manifestos from 50 democratic countries as early as from the 1940s up to the present, thereby to a great extent reflecting the political articulation of environmental (“Environmental protection” items) and other political issues across nations and over time. Crucial control variables will entail economic indicators, such as GDP per capita and economic growth which are available in the OECD databases.

There are two main methodological challenges that the project needs to meet. The first concerns the general reliability problem when attempting to measure attitudes. Since our ambition is to capture the “same” attitudinal dimensions across countries and time points we need a method that can create genuinely comparative attitudinal measures. This is an essential challenge, especially when comparing public opinion across countries as well as over time, which we intend to meet by using Latent Class Analysis (LCA). By exploring the relationships between several manifest variables, LCA identifies classes of respondents sharing similar characteristics on a set of categorical variables. This method is of central importance in our comparative approach since it is possible to include “country” and “year” as covariates in the statistical model to ensure that the empirical assessment of the theoretical construct is the same in each country and at each time-point. Furthermore, to the extent that our models require statistical techniques that involve linear treatment of associations between variables, structural equation models (SEM) will be used. In particular, the multi-group framework of SEM enables the test of measurement invariance (e.g., equivalence) across countries and time points, thereby securing the comparability of the measurements. Another advantage of SEM is the extensive opportunities to test for mediation, as well as even more complex relationships between variables.
Another methodological challenge concerns the requirement to simultaneously treat contextual, temporal and individual-level effects in the same statistical model. This is important since a major part of our theoretical framework on environmental attitudes and behavior is linked to the characteristics of countries and the development of country-level characteristics over time. Ideally, these three levels of analysis need to be separated in order to systematically assess their relative importance for individual outcomes such as environmental attitudes and behavior. In order to deal with this challenge we will employ cross-sectional time series analysis within a multilevel framework, where the variation in the dependent variable is partitioned into three parts, one part representing variation between individuals (nested within countries and time points), and the other parts with variation between countries and variation between time points (nested within countries).