The research group is composed of active researchers with diverse backgrounds in mathematical analysis and mathematical modelling with applications to biology and ecology. Our three main domains of interest are mathematical ecology, complex analysis and partial differential equations.

Using the theory of viscosity solutions we work on proving existence and uniqueness theorems for fully nonlinear PDEs. The setting of the problems are usually general, including e.g. parabolic p-Laplace-type equations in time-dependent domains and systems of PDEs with interconnected obstacles. The latter has applications within optimal switching problems which are nowadays frequently studied in mathematical finance. We also conduct research on existence and uniqueness of solutions to stochastic differential equations, which, for example, are frequently used when modeling particle dispersion in the atmosphere. 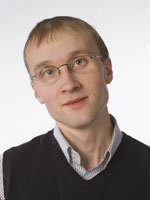 Integrated Science Lab, Icelab, seeks to be a hub for communication and collaboration in the life sciences at ...