Research project VIsualiZation of asymptomatic Atherosclerotic disease for optimum cardiovascular prevention ─ a pragmatic randomized controlled trial nested in the Västerbotten Intervention Program − VIPVIZA Prevention of cardiovascular disease (CVD) often fails due to low adherence among physicians and individuals to prevention guidelines. Therefore, new and alternative approaches are needed. VIPVIZA evaluates the potential of visualization of silent atherosclerosis as the basis for prevention.

VIPVIZA informs physicians and patients visually about subclinical atherosclerosis for improved CVD risk evaluation and adherence to CVD prevention guidelines. In the intervention group, a reduction of Framingham Risk Score was shown after one year, in contrast to an increase in the control group, that was not informed about ultrasound results. The intervention sustainability will be evaluated by assessment of the development of the CVD risk, atherosclerosis and mortality. Social and psychological determinants of behavioral change and the intervention impact on biomarkers will be explored. 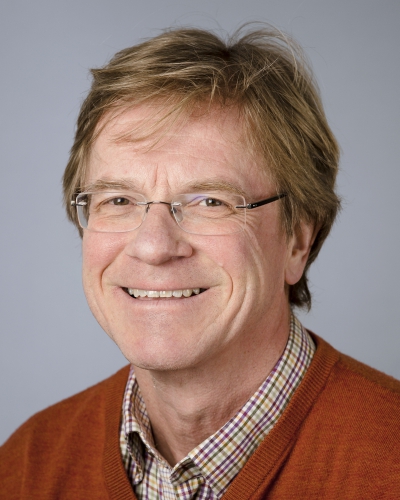 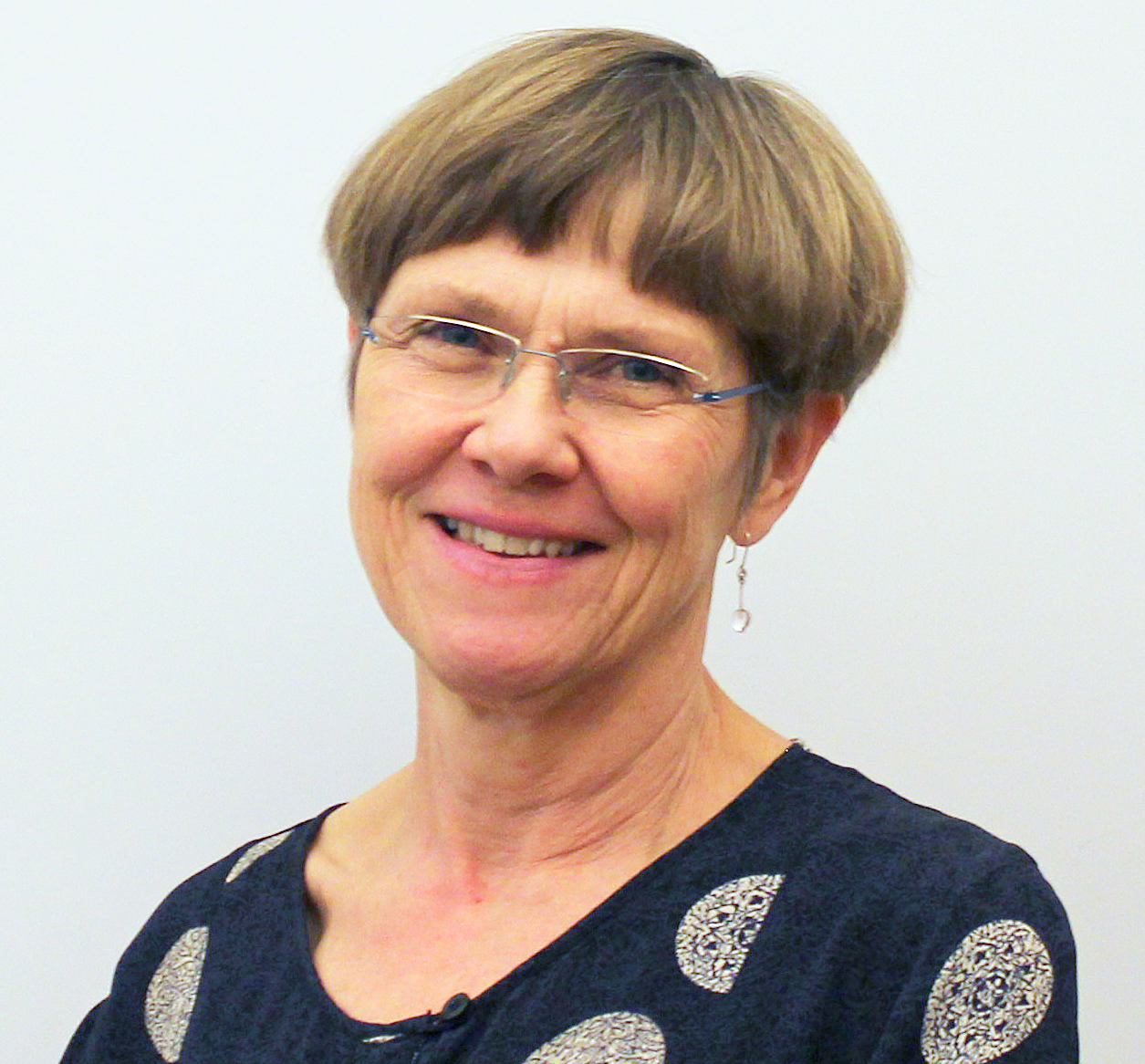 An unconditional donation was received from Carl Bennet Ltd, Sweden.

The main objective of this project is to contribute to improved primary prevention of cardiovascular disease above conventional CVD risk screening and prevention through the provision of a visual image and pictorial report of atherosclerosis while still asymptomatic. The image and report are seen and discussed by both physician and patient in order to improve guideline adherence and patient perception and understanding of the CVD risk and consequent motivation for prevention. The specific objectives include: 1.To assess the prevalence of asymptomatic atherosclerotic disease in men and women through identification of carotid plaques and measurement of carotid intima-media thickness (CIMT), and to relate plaques and CIMT to clinically estimated CVD risk factors and risk scores 2.To explore the impact of pictorial representations of atherosclerosis on physicians´ adherence to prevention guidelines, and on individuals’ quality of life, preventive measures, risk factor control and progress of atherosclerotic disease over the course of three and six years, as well as on premature CVD morbidity and mortality over the course of10 years 3.To evaluate how individuals’ social, psychological, cognitive characteristics relate to atherosclerosis and CVD risk at baseline and progression of any atherosclerosis 4.To investigate biomarkers in relation to CIMT and plaques at baseline, changes in conventional CVD risk markers and lifestyle, and progression of atherosclerosis.

Survey of the field

Primary prevention of CVD often fails due to poor adherence among practitioners and patients to evidence-based prevention guidelines on effective modification of risk factors by lifestyle change and pharmacological treatment. Contributory factors include poor communication about the CVD risk by the physician and inaccurate risk perception among patients. The risk message is usually communicated verbally or numerically, while potentially more effective visual tools are seldom used. For the clinical assessment of CVD risk the FRS and the European SCORE are most widely used. Howerer, evidence that their use translates into reduced CVD morbidity and mortality is scarce. These risk scores focus on high-risk individuals, despite 60-70% of all CVD events occurring among individuals at low or intermediate risk for CVD. They might also be too abstract to lead to accurate risk perception and to motivate to take preventive actions; information alone seldom results in rational behavior modification. VIPVIZA takes a different approach from current practice for the prevention of CVD. Instead of being based solely on indirect risk factors, this project evaluates the atherosclerotic disease itself while it still is silent, providing improved assessment, communication and perception of the CVD risk and hence greater motivation for prevention. This is achieved with ultrasonography of medium sized arteries with assessment of CIMT and existing atherosclerotic plaques.

The study is a pragmatic randomised open-label controlled trial with blinded evaluators (PROBE). It is registered at  https://clinicaltrials.gov/ct2/show/NCT01849575, where a detailed study protocol is presented. VIPVIZA is integrated in and added to the ordinary Västerbotten Intervention Programme (VIP). Individuals with at least one clinical CVD risk factor were invited to the VIPVIZA trial when they participated in VIP (n=4177), resulting in inclusion of of 3532 participants. Baseline visits with ultrasound examinations were carried out from April 2013 to June 2016. Participants were consecutively and randomly allocated to two groups (intervention and control group) using a computer-generated randomization list. The ultrasound examinations in VIPVIZA at baseline as well as after three years were performed at the hospitals in the three cities/towns (Umeå, Skellefteå, Lycksele), and in remote rural areas at primary health care centres.  Risk factor measurements and questionnaires at follow-up after one and three years were carried out for participants living in Umeå at the Clinical Research Centre at Umeå University Hospital, and for participants in the rest of the county at their local primary health care center. The 6.5-year follow-up examinations are using the same methodology and routines, they were commenced in December 2019 and are expected to be completed December 2022. Both groups are managed according to clinical guidelines for CVD prevention within primary care (not by the study team).

Pictorial representation of the carotid ultrasound results was given to each participant in the intervention group and their primary care physician. Atherosclerosis was presented as vascular age, with a gauge ranging from green through yellow, orange and red to illustrate the individual’s biological, compared to chronological, age. A red or a green circle, like a traffic light, illustrated detected or no detected plaque, respectively. A stylized picture of the individuals’ ultrasound image was also shown. Brief written information about atherosclerosis as a dynamic process that is modifiable by a healthy lifestyle and pharmacological treatment, an interpretation of the result and general advice on CVD prevention were included. After 2-4 weeks, participants received a follow-up phone call by a research nurse in order to reassure and give additional information as needed. The same pictorial information was repeated to participants after 6 months. No information about the ultrasound result was given to the control group and their physicians, and was also not avalible within health care.

At the 6-5-year follow-up, objective testing of physical activity with accelerometry and participants’ dental health (information from dental records and panorama x-ray images) is included.

Carotid ultrasound examinations are performed at baseline and after 3 and 6.5 years according to a standardized protocol.

Stored samples of blood to the Medical Biobank: This was done at the baseline VIP visit and at 3- and 6.5-year follow-up visits among participants living in Umeå, to be used for analyses of novel biomarkers

Prescriptions, visits and risk factor measurements from the Medical records system in Region Västerbotten. The Prescriptions, Hospitalizations register and Causes of deaths registers at the National Board of Health and Welfare, results from the physical and psychological testing at age 18 years from the Conscripts Registry ( male only), highest attained education and income from Statistics Sweden and air-borne pollutants from the  .

Publications as at March 2020

Overall, the extent of the impact is assessed by differences between randomization groups in Framingham Risk Score and SCORE as well as changes in these scores after one and three years. Differences between groups and psychological, cognitive and social determinants of preventive measures will also be evaluated by risk factor assessment and further scans after three and 6.5 years to determine disease progression, and a comparison of the prevalence of acute events and mortality at 10 years. Novel biomarkers will be evaluated in relation to disease progression, clinical risk factors and psychological characteristics.

The automated carotid intima-media thickness measurement technique (1), and the use of the ultrasound equipment by non-specialized personnel was evaluated (2). The influence of electrocardiogram-guided image selection, plaque echogenicity and area on carotid plaque risk markers and their variability in asymptomatic carotid plaques (3), and the inter-sonographer reproducibility of carotid ultrasound plaque detection was published (4). The primary outcome, levels of FRS and SCORE after one year as well as changes in FRS and SCORE, differed significantly between the intervention and the control group at the one-year assessment (5). This result provides evidence of the contributory role of pictorial presentation of silent atherosclerosis for prevention of cardiovascular disease. An association of the same magnitude as for smoking was shown between low health literacy and presence of sublinical atherosclerosis in this middle aged population at low/intermediate CVD risk (6).

Link to our external webpage