Security in a Reemergent Europe of Nations—Is Multilateralism Falling Apart?

For three decades, the political imagination among European leaders has been dominated by ideas about commonalities. For long, the desirability of international organizations such as the EU, NATO and the WTO as guarantors of stability and peace seemed more or less cemented. Nearing the 2020s, however, a series of events and actions have begun to shake the foundation. The EU is reeling from an unprecedented impact of migration and armed conflict among its Eastern neighbours in later years. Brexit is testing the EU.s structural limits. NATO is stretched by its involvement in disparate regional conflicts and a burgeoning debate about budget issues among its member states. American NATO leadership, for long taken for granted, is put into question even by the American presidency. The WTO not only has to compete with Asian economic growth and leadership initiatives, most notably from China, but also with internal opposition with regard to how growth and prosperity can be ensured in a global setting. Nationalism is on the rise in large parts of the world.

Can multilateral security guarantees persist, or be somehow revamped? Has democracy lost its role as a common denominator among peaceful partners? Which other commonalities are available to ensure security and stability? Is Russia a winner if nationalism and bilateralism trumps multilateralism in Europe? Should Germany rearm and become more militarily dominant in Europe? Has the balance shifted between nuclear weapons and cyber weapons as deterrents? Do climate and migration issues stand a chance on national political agendas?

Programme April 4 (2019 Pax Nordica will be held in English):

14.00-14.25: How would you write a textbook on International Politics today?
Professor emeritus Magnus Jerneck, University of Lund

16.45: Refreshments, time to mingle and continue discussions at leisure

What is Pax Nordica?

Pax Nordica is an annual forum for information and debate with the objective to spread and increase knowledge on security issues in a broad sense. Since 1994, Pax Nordica has organised events as a channel for discussions on security and sustainability in the most northern parts of Europe, something which in various ways affects Sweden.

Pax Nordica is open to the public, participation is free of charge and no prior registration is required. The event is held in English.

Pax Nordica 2017: The Finnish cause is ours – does that still apply?

Pax Nordica 2014: Are there any threats towards peace and stability in Northern Europe?

Pax Nordica 2012: Threats and new risks in a new period of time 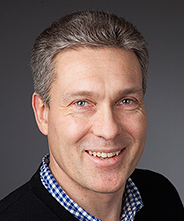