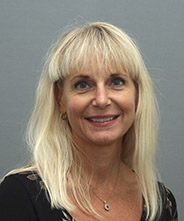 Project idea, aims and research questions
Despite the fact that public health in Sweden is good compared to many other countries, social inequalities in health - systematic disparities in health between different social groups - continue to exist and are even rising (Public Health Agency, 2014). Children living in socially unfavorable conditions are also more likely to have health problems (Swedish Institute of Public Health, 2011). Alarmingly, children who start their life in unfavorable conditions are also at high risk of remaining in vulnerable positions and in poor health throughout their lives (Mörk, Sjögren & Valerud, 2014). Thus, child health inequality is an important societal challenge that needs to be tackled by broad social and health interventions.
It is now widely accepted that (child) health inequalities can be explained to a large extent by the social determinants of health (SDH), i.e. “the conditions in which people are born, grow, live, work and age” (WHO Commission on the Social Determinants of Health, CSDH, 2008). While some individual health inequalities might be the result of biological differences, others are a result of the various conditions in which children live, and are thus avoidable. A systematic literature review of social health inequalities in Swedish children and adolescents found that the risk of general ill-health among 2- to 17-year-old children was 50% higher among the children of mothers with low education than among children of mothers with higher education. In addition, the risk of obesity among 10-year-old children was found to be 90% higher among children of mothers with low education than among children of mothers with high education (Swedish institute of public health, 2011). While the association between the family’s socio-economic position and child health is rather well known (Sellström & Bremberg, 2004), Swedish studies into the influence of the living environment on child health are limited (Ivert, 2012).

Social capital has become a widely used concept for studying place effects on health; and is viewed as an attractive ‘conceptual tool’ for what constitutes a ‘health-enabling’ living environment (Campbell & Gillies, 2001). So far Swedish research on social capital and health inequalities has been dominated by studies based on adults, rather than children. Studies on health inequalities between places are though methodologically challenging, as it has been difficult to distinguish whether geographical inequalities in health are related to the composition of individuals living in these places, or whether it really reflects ‘true’ area (contextual) effects. Thus, results could be biased by the selection effect, i.e. people with similar social and socio-economic backgrounds tend to move to particular neighborhoods. Another challenge in these kinds of studies is the need for extensive and detailed data at both individual and community levels. Therefore, in this project we will take advantage of multilevel analytical methods that enable controlling for factors at both the individual and contextual levels, to detect potential independent health effects of factors in the living environment (Diez Roux, 2001). Further, the combination of data from several comprehensive child health registers will be used and combined with qualitative data from small-scale case studies where children describe and portray their neighborhoods.

To tackle child health inequalities, there is a need for combining specific interventions that address the most vulnerable groups of children with broader social and community interventions to improve their living conditions (Mörk, Sjögren & Valerud, 2014). This project intends to contribute to new knowledge on how neighborhood conditions are likely to influence child health in the Swedish context, by means of using data from the Umeå municipality as a case. The results will be used to formulate relevant policy recommendations for the planning and design of equal and health-enabling neighborhoods for children.
The overall aims of this project are to;
1) Map out child health at neighborhood level,
2) Investigate the associations between neighborhood social capital and child health inequality, and
3) Explore what constitutes a health-enabling neighborhood for children.


Social capital as a conceptual tool in studies on child health inequalities
Social capital has multiple meanings and is treated in (at least) two distinct ways in health research (Kawachi, Subramanian & Kim, 2008). It has been viewed as an individual asset, defined as “the ability of actors to secure benefits by virtue of membership in social networks or other social structures” (Portes, 1998, p.6). In addition, social capital has been viewed as a collective feature that characterizes areas or neighborhoods by levels of social participation, trust and reciprocity norms (Kawachi & Berkman, 2000; Putnam, 1993; 2000; Szreter & Woolcock, 2004). This project will utilize the latter, “social cohesion” approach to social capital, mainly influenced by the American political scientist Robert Putnam. He defines social capital as “features of social organizations, such as trust, norms, and networks that can improve the efficiency of society by facilitating coordinated actions” (Putnam 1993, p. 167). Collective social capital is believed to influence health by enabling a safe and supporting environment, trust and collective action (Eriksson, 2010). A safe and trusting environment is furthermore believed to support health-enhancing behaviors, and ease diffusion of health information and healthy norms (Kim, Subramanian & Kawachi, 2008). It may also facilitate “collective efficacy” in that community members increase control over their lives and their living environment (Campbell, 2000).
Sellström and Bremberg (2004) discuss what factors in the local environment may influence children's health, and they summarize these into three main areas: 1) the socio-economic status of the residential area, 2) a good "social climate” (such as lively civic associations, social cohesion, and access to social support in the area), and 3) access to public and private services in the area. Macintyre, Ellaway and Cummins (2002) equally conclude that neighborhood environments may influence health through the material infrastructure (e.g. quality of air and water, safe playgrounds and recreations areas, welfare services, and transportation) as well as through the collective social functioning of the neighborhood (e.g. culture and norms, community integration, community support and the reputation of an area). Thus, the social cohesion approach to social capital clearly relates to the debate on contextual influences on child health, by emphasizing the importance of a “good social climate” and the “collective social functioning” in the neighborhood. For children, it may be especially beneficial to live in a neighborhood characterized by high social cohesion where people talk to and trust their neighbors, and where it feels safe to play outside (Waterston, Alperstein & Brown, 2003).
Social capital is a broad and multidimensional concept and thus not easily measured, and there is still no consistency in how to measure social capital at neighborhood level. Aggregated measures of trust and participation are the most commonly used measures of place-specific social capital (see Kawachi et al., 1997; Kawachi et al., 1999; Subramanian et al., 2001; Engström et al., 2008; Snelgrove et al., 2009). This approach is problematic since an individual’s trust and participation does not necessarily relate to the living area. Thus, the need for more place-related measures of social capital has been stressed (Harpham et al., 2002; Poortinga, 2006; Snelgrove et al., 2009). In this project we will use a comprehensive place-specific measure for neighborhood social capital, developed and validated in the Northern Sweden context. This measure consists of aggregated measures of neighborhood perceptions, i.e. whether 1) neighbors talk to each other, 2) care for each other, 3) are willing to help each other, and 4) whether one is expected to be involved in issues that concern the neighborhood.

With regard to adult health, studies from several countries, such as the US (Kim, Subramanian & Kawachi, 2006), Sweden (Engström et al., 2008; Eriksson et al., 2011; Sundquist & Yang, 20007), UK (Snelgrove, Pikhart & Stafford, 2009) and the Netherlands (Mohnen et al., 2011), have found a positive effect on health from living in a high social capital area. However, studies also indicate that these positive associations are not valid for all population sub-groups, but differ for men and women (Eriksson et al., 2011; Kavanagh et al., 2006; Stafford et al., 2005). In addition, other studies have indicated that the health effects of neighborhood social capital can differ for different population groups depending on ethnic origin (Engström et al, 2008; Kim et al, 2006). It is therefore likely that the relationship between neighborhood social capital and health also varies for different age groups in the same setting, but detailed knowledge on this is still lacking.

Overall research design
This project will investigate the significance of neighborhood social capital on child health inequality, after controlling for individual child characteristics, household social conditions, and neighborhood socio-economic characteristics. In order to do this, a study design that combines several different methods is required (Diez Roux, 2001).

Neighborhoods will be defined as the residential environment where children interact on a daily basis, i.e. where they go to school, play, and use the services available in the area, such as shops and libraries. We will make use of a residential subdivision that was used in a previously conducted social capital survey (Eriksson, 2011), where postcode sectors that were geographically close to each other and belonged to the same local service area (in terms of shops, primary schools etc.) were merged into larger areas. In total, 49 geographic neighbourhood areas were constructed (out of 122 postcode sectors), and populations ranged from 26 individuals in the smallest neighbourhood to 291 individuals in the largest neighbourhood. To approximate the level of neighborhood-specific social capital, we will utilize a developed neighborhood score for social capital. These 49 defined neighborhoods have been assigned a score ranging from low to high in social capital, based on aggregated measures of neighborhood perceptions, i.e. whether neighbors talk to each other, care for each other, are willing to help each other, and whether one is expected to be involved in issues that concern the neighborhood.

In this project we will use injury, physical activity and self- rated health as our outcome health variables, since there are reasons to believe that these health indicators most likely are influenced by our living environment.

Health data from children in the ages of 0-12 years will be collected, since we believe that younger children may spend more time in their neighborhood (and thus the neighborhood environment may be more significant for younger children) compared to adolescents. Youth, in contrast to childhood and adulthood, has been found to be characterized by relative equality in health, which is believed to be a result of the influence of youth culture and peer influence, that cut across socio-economic groups and possible even neighborhood factors (West, 1997).


Steps in the research process
The project will be carried out by means of three subsequent sub-studies:

In this mapping we will utilize data from the ‘child-life database’ within the SIMSAM node at Umeå University. The database contains a wide range of health register variables as well as variables on children's self-reported health, based on data from a school health survey among children in Grade 4. Through a unique individual code, data from several different registers are linked together and the information can be obtained on area of residence by means of access to housing coordinators. This allows descriptive statistics of child health at neighborhood level. Data on parents' health and socio-economic situation are additionally available in the database, as well as socio-demographic variables such as education, income and unemployment. Thus, data from different registers will be combined and aggregated to neighborhood level, to enable classification of neighborhood socio-economic profiles, which will also be further utilized in Sub-study II.


Sub-study III – Listen to the voices of children: what characterizes a health-enabling neighborhood from children’s perspectives?
This third sub-study will consist of two case-studies where children will be asked to actively participate in portraying and describing their neighborhoods. In this sub-study, we intend to explore the following research questions: how do children describe, perceive and portray their living environments? Do children’s neighborhood perceptions differ due to levels of neighborhood social capital? What characterizes a health-enabling living environment from children's perspectives?

These case studies will be conducted in collaboration with some selected primary schools in the Umeå Municipality that previously were involved in a cultural project entitled ‘Fair City’. Fair City focused on children's visions of Umeå, and school-children were asked to describe and portray their own neighborhoods. The children’s work was then illustrated by local artists and presented in a world exhibition. The project allowed children to express their own views about their living environment, and thus provides an opportunity to also explore the characteristics of a health-enabling neighborhood from children’s perspectives.