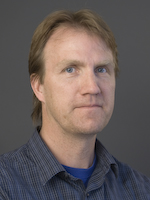 The foundation for this project is an interdisciplinary research constellation that. In two related research projects, we targeted educational science issues and conduct both behavioral and brain imaging studies (further described below under “survey of the field” and “preliminary results”).

The purpose of the proposed project is to build on an established research platform to address fundamental questions arising in educational science and pertaining to the cognitive neuroscience of children's learning. We investigate different teaching–learning approaches, with an emphasis on students as active learners. This focus is on par with international school reforms advocating a transition from seeing students as relatively passive learners, to instead stressing active participation (e.g. Lundgren, 1999). A unique feature of the project is the capability to address questions with state-of-the-art brain imaging techniques, which allow for mapping of both functional and structural brain changes in relation to behavioral interventions.

The specific aim of this project is to investigate the relations between active and passive types of learning and cognitive proficiency, an index defined by measures of working memory (WM) and the executive functions (EF; updating, inhibition and shifting) that is closely related to school achievements. The existing knowledge on this topic is inconclusive, with some evidence suggesting that active learning methods will be especially beneficial to those with lower cognitive proficiency (Agarwal, 2010). Conversely, there is much prior evidence that cognitive support and training will provide more benefit to those who already have high cognitive proficiency (e.g. Baltes, 1987; Nyberg et al., 2003)

Two different approaches to fostering active learning will be examined. The first is practice testing, which in recent studies has been identified as a highly potent means of strengthening learning. The other approach is to encourage students’ own construction of solutions to mathematical tasks, which has been suggested to strengthen subsequent performance (Lithner, 2008; Karlsson et al, 2014b). Functional brain imaging will be used to investigate whether active learning during acquisition of information translates into less demand on frontally-based controlled processes during retention, and helps to potentiate subsequent learning. Thus, imaging is used to provide a “window into the learning brain” and yield evidence that is difficult, if not impossible, to acquire by means of traditional behavioral measures (cf., Vestergren & Nyberg, 2014).

Engaging the brain: Cognitive and neurocognitive mechanisms of passive and active learning
A common denominator of active processing/desirable difficulties in terms of either practice testing, the generation effect, or the own construction of solutions/answers is the “engaging brain” —an engagement that only can be measured using brain imaging techniques. During recent years, imaging methods have increasingly been used to complement traditional behavioral methods in studies of learning. Specifically, functional brain mapping with magnetic resonance imaging (fMRI) has been used to examine the neural correlates of numerous sensory-motor and cognitive processes (Cabeza & Nyberg, 2000). By now, fMRI has been used to examine the functional neuroanatomical correlates of several school-related achievements. In a recent review targeting the development of arithmetic from a cognitive neuroscience perspective, Menon (2010) showed that, in its essence, there is a shift from prefrontal processing to a more specialized mechanism within the posterior parietal cortex as a function of active compared to more passive practice. Relatedly, in Karlsson et al (2014b) we showed that more passive mathematics practice in terms of using provided algorithms in comparison to more active practice in terms of constructing one’s own solution methods was associated with more left precentral cortex brain activation (higher cognitive load) on later tests of performance. Similarly, for practice testing, several studies yielded similar results. Ischebeck et al., (2007) showed that active and repeated training sessions of mathematical tasks resulted in a relative shift from activation in areas associated with higher cognitive functions (a fronto-parietal network) to an increase in activation in areas associated with memory retrieval: the temporal cortex. Another example is a study by Kuhl et al., (2007), demonstrating that it requires fewer cognitive resources (in terms of activity in the frontal cortex) to recover learned material if you actively practice recovery during initial acquisition. The reallocation of functional brain activation patterns from higher-order cognitive areas such as the frontal lobe to posterior memory-based regions linked to memory storage (Ischebeck, et al., 2007; Karlsson et al., 2014a&b) as a function of practice testing and own construction of solutions may be interpreted to reflect that higher-order cognitive resources are made available. In another study of our own, we showed that practice testing led to increased activity in the anterior cingulate cortex (ACC), and ACC activity correlated with superior long-term memory performance over the long term Eriksson et al., (2011). In addition, the effects of practice testing on subsequent re-study/learning have been confirmed in an additional of our brain imaging studies. Here, relative deactivation of the default brain network and increased/focused attention to tested items during re-study was observed (Vestergren & Nyberg, 2013).

Active learning — equally beneficial to all?
Both behavioral and brain imaging studies converge to show that active practice in terms of active retrieval (practice testing) and construction of solutions facilitate later retrieval and tasks solutions. We argue that more active practice in contrast to more passive practice to a greater extent engages the brain and potentially leads to changes from frontal-lobe-based on-line processing high WM demands to long-term memory retrieval that is low in WM demands and mainly mediated by posterior regions. This facilitates learning by “freeing up” cognitive resources (Merriënboer & Sweller, 2005). This interpretation is particularly interesting since WM and EF (collectively referred to as “cognitive proficiency”) have repeatedly been identified as significant predictors of school performance (e.g Gathercole & Pickering, 2001; Andersson & Lyxell, 2007; Alloway, et al., 2009). In one of our own studies, WM performance was also found to be related to memory strategies (Jonsson et al, 2014a). In addition there are many studies showing that children with low WM capacity are overrepresented among students with reading, writing, and mathematical difficulties (e.g. Adam & Hitch, 1997; Alloway, 2009). Given the strong association between cognitive proficiency and school achievement, a critical issue is how modes of learning (active versus passive) relate to cognitive proficiency and by extension to school achievement. The existing knowledge on this topic is inconclusive. There is some evidence suggesting that active learning methods will be especially beneficial to those with lower cognitive proficiency (Agarwal, 2010). Conversely, there is much prior evidence that cognitive support and training is more beneficial those who already have high cognitive proficiency (e.g Baltes, 1987; Nyberg, et al., 2003). Finally, our own recent studies provide preliminary evidence that active learning benefits performance generally, regardless of cognitive proficiency (Wiklund-Hörnqvist et al.,(2014, see fig1). In the planned studies, the major goal is to study whether active learning is especially beneficial for individuals with lower or higher cognitive proficiency. The main hypothesis is that active learning is advantageous independent of cognitive proficiency.